According to Wizer's announcement, the company intends to expand its teams in Israel and the U.S.

Media measurement firm Nielsen invested in customer research startup Wizer, as part of a $4 million Series A funding raised by the latter.

Bringing the total equity funding of Wizer to $5.5 million, the round was led by Tel Aviv-based venture capital fund State of Mind Ventures. 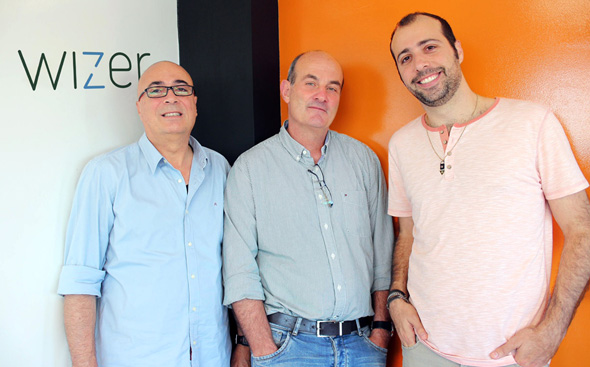 Nielsen’s investment was made through The Nielsen Innovate fund, an Israel-based early stage incubator and investment fund launched in 2013. In 2014 it invested in Wizer for the first time. Yahoo Japan is another backer.

Established in 2014 and based in Caesarea, an Israeli coastal town halfway between Tel Aviv and Haifa, Wizer lists as customer Israel-based counter top soda maker SodaStream International Ltd., the Chicago-based Wilson Sporting Goods company, and developmental toys company Tiny Love Ltd. According to Wizer's announcement, the company intends to expand its teams in Israel and the U.S., focusing on marketing in the U.S. and Europe and on research and development. "Our technology is the only one that simulates the experts of this field and the scientific disciplines," said Wizer founder and CEO Alon Ravid in an interview with Calcalist Monday. Pinhas Buchris, a managing partner at State of Mind Ventures, said "we believe the market of consumer research and analytics is a massive market, ready for modernization and improvement,” said Pinhas Buchris, a managing partner at State of Mind Ventures in Wizer’s announcement.
Cancel Send
To all comments
Buzz