TAGS:
The team of RSPCT Basketball Technologies Ltd. was on the basketball court, analyzing a player's performance as he was practicing his three point throws. The company's system, which tracks shooting in high resolution, was connected to the board. He threw the ball, and the system recorded the exact place where it hit the basket. A 6.2 inch cluster. The RSPCT team asked him to shoot in an arc trajectory. The next round was better, 5.7 inches. They then asked the player to use a technique borrowed from the world of target shooting: when you are about to squeeze the trigger, you should have nothing but the image of the target in your head. The player was asked to concentrate on the swoosh sound the ball makes when it goes clean through the net. The next cluster was 4.9 inches, a 20% improvement in 5 minutes.
More from CTech:
Simply analyzing a player's shooting percentages provides limited metrics, said RSPCT CEO Oren Moravchik. "They do not tell the whole story. We built a system that measures all the variables at the highest level of accurateness so we can tell what needs to be fixed. The system finds errors that coaches just can't see." 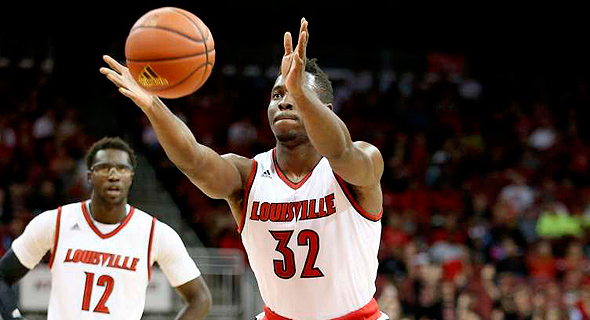 Shooting a basketball, like shooting a target, is both an art and a science. A collaboration of brain and muscle, learned technique and reflex. A player can have good form and perfect technique and still miss the net due to a seemingly unrelated injury. Another player can release the ball with ideally positioned arms and miss due to inadequate leg work. So many variables impact a player's ability to shoot; even the most experienced coaches find it hard to understand the exact reason a perfect-looking throw doesn’t go in the basket while a bad throw sometimes does.

In recent years, more and more NBA teams are basing their strategies on their players' abilities to shoot threes, and where players get contracts worth hundreds of millions of dollars based on their three-throw percentage. Any tool that can measure the quality of the shot is of interest to NBA teams and to athletes who want to reach the league.

"We always knew that there are good throws that don’t make the net and bad throws that do," said Mr. Moravchik. "There is a lot of information about shooting basketball and also a lot of misconception we can refute with our technology. For example, the common conception is that the best shooters throw with an arc trajectory of more than 45 degrees, but in reality every shooter has their own arc trajectory. Stephen Curry and Dirk Nowitzki throw at a trajectory of 51-53 degrees. There are tables listing the trajectory at which every NBA player throws from the line. We are very much against it. We believe that every player should find their own throw style, their own trajectory and ball spin. The ideal throw combines comfort and a high impact quality." 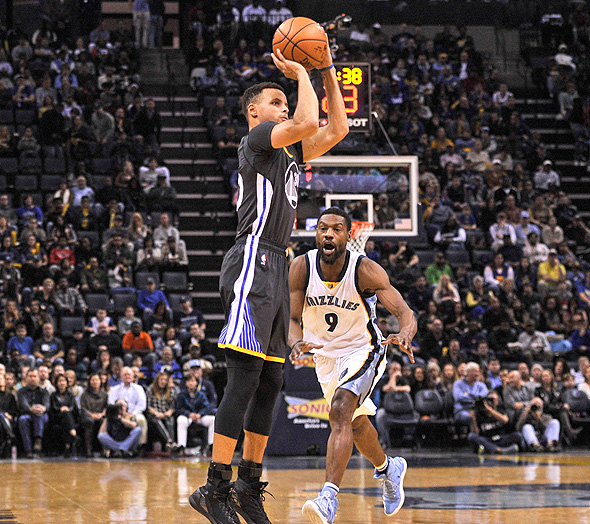 A lot could be analyzed with the data collected by the RSPCT system. For example, try and measure how high adrenaline and elevated pulse change the quality of the throw during a match. A shooting cluster analysis can reveal the techniques that don’t translate from practice to match. An example for this is the number of free throws missed in matches. During games there is a prevalence of deviations to the left during free throws, which explains the missed shots, said Mr. Moravchik. RSPCT helps teams understand how to correct their throws to account for the changes between practice and the match.

After working with players and coaches in the Israeli Basketball Premier League, RSPCT has now progressed to the NBA, where increased point percentages could be worth millions of dollars.

In recent months the RSPCT team worked with NBA management and with the teams themselves to establish their system during league matches, conducting initial research. The company said their system was able to detect information about the size of the shooting clusters and about deviations in shooting that can have a meaningful impact on the players' point percentages.

The RSPCT system computerizes the basket, so that players can train alone and still share accurate results with their coaches. "we maximize the training session," said Mr. Moravchik, adding that they are currently in advanced contact with several NBA teams.

RSPCT is now in negotiations with several NBA teams to install its system in their training facilities and courts. The company is also working with the NBA League to install its systems in order to collect real time shooting information during the league’s next season matches.