Israel Aerospace Industries Ltd. (IAI) signed an agreement with Korean company Hankuk Carbon Co. Ltd. to establish a joint venture company in Korea, the companies said in a statement Tuesday. The companies signed the agreement at the International Aerospace and Defense Exhibition (ADEX) in Seoul. 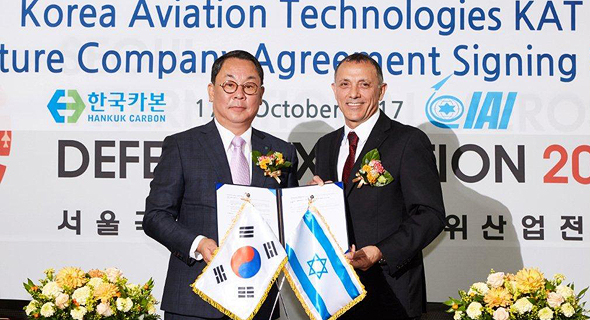 The two companies first agreed to enter the joint venture in January 2016.