TAGS:
Clinical stage biomed company Entera Bio Ltd. filed for a $50 million Nasdaq IPO at an unspecified market value under the ticker symbol ENTX, according to a Thursday Securities and Exchange Commission filing. Oppenheimer & Co. is the sole underwriter listed for the deal.
More by CTech:

Established in 2010 and headquartered in Jerusalem, Entera develops technology for orally-delivered, large molecule-based drugs for osteoporosis, bone disorders and the orphan disease hypoparathyroidism, a hormone-related condition that can cause muscle contraction and nerve conduction problems. 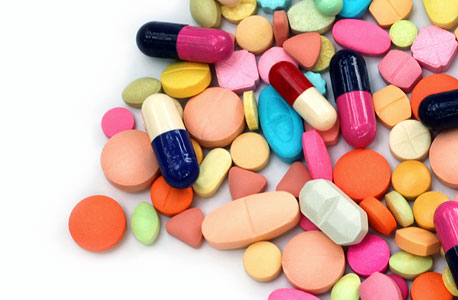 Large molecules-based drugs are able to target specific cells in the body better than small molecule-based drugs, but degrade in the digestive system due to enzyme activity, leading to poor absorption when given orally. Therefore, such drugs are currently administered via injection or IV.

In September Entera filed papers with the Tel Aviv Stock Exchange, indicating its intention to raise $10 million towards a Nasdaq IPO for a market value of $97 million. According to Thursday's filing, the company raised $12.4 million in October from the sales of its Series B Private Placement.

The company also stated that it has not generated taxable income since its inception, and has carry-forward tax losses of $9.9 million as of December 31, 2016. The company anticipates that it will be able to carry forward these tax losses indefinitely to future tax years.

Entera previously planned a Nasdaq IPO in 2015 for a value of $160-200 million, but the biotech market dropped in August that year.