The Israeli military already uses big data technology for operational purposes, and is now examining ways to expand the use of the technology

The Cyber division of the Israeli military plans to set up a department dedicated to big data research, according to a high ranking Israeli officer familiar with the matter who spoke on conditions of anonymity. The Israeli military already uses big data technology for operational purposes, and it now is examining ways to expand the use of the technology, the officer said.

Israeli military used big data technology to analyze and forecast missile launches targeting Israeli population centers during the 2014 Israel-Gaza conflict, Israeli Brigadier General Rami Malachi said speaking at Calcalist’s “Mind the Data” conference in Tel Aviv on Monday. The 2014 conflict was the first time in which big data technologies were used in combat situations in the arena, he said. Mr. Malachi is the commander of Lotem, an Israeli military unit that introduces advanced technology into combat operations. 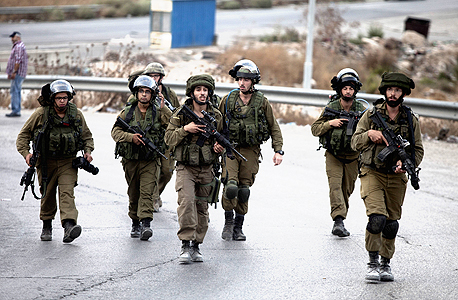 “Software is old world, and big data is the new world,” Mr. Malachi said. “We gather large amounts of information, and the question is how to quickly use it to improve operational effectiveness. We look at data and think how to bring it to the battlefield.”

One of the areas for which the Israeli military is testing the use of big data is human resources, the officer said. Army service is compulsory in Israel, and the Israeli military recruits tens of thousands each year. Big data analysis could help the military process the credentials and personal information about recruits, leading to a more efficient process of assigning them to best-matching roles.

“Big data and big data-based decision-making are very innovative fields, and we want to develop our knowledge and develop military methodologies based on the technology,” the officer said. “With the gigantic data pools we have access to we can achieve crazy things.”