Drug-eluting stents are coated with a slow-release substance that prevents tissue buildup in arteries, generally resulting in lower rates of major cardiac events

The stent received a CE Mark (European conformity) in August and is already used by physicians in the continent, according to Medinol. 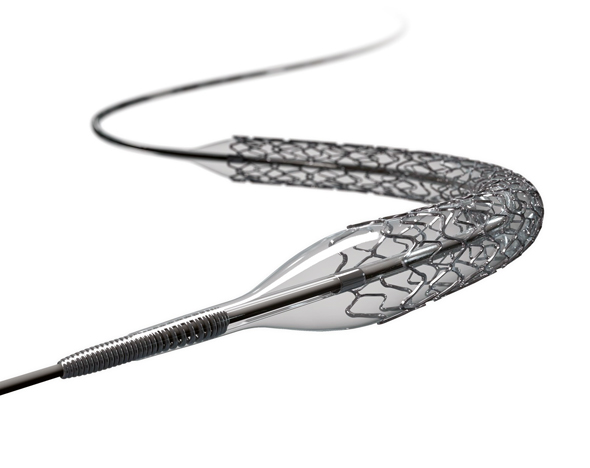 Medinol develops stents for Percutaneous Coronary Intervention (PCI), a non-surgical procedure intended to improve blood flow to the heart. In the procedure, a catheter is inserted into arteries blocked by plaque deposits, which can be made of fat, cholesterol, calcium and other blood-borne substances. After the catheter is used to re-inflate the narrowed arteries, a stent can be placed to keep the passage open.

Until now, Medinol has developed and distributed only bare metal stents, which carry a higher risk of tissue growing into the stent and causing the arteries to narrow again. Drug-eluting stents are coated with a slow release substance that blocks that cell growth, generally resulting in lower rates of major cardiac events. Medinol's new stent has been tested in 1,919 patients in a randomized clinical trial that showed a 5.4% rate of target lesion failure (TLF), the lowest of any pivotal study in the U.S., the company said. TLF is a complex event that counts several symptoms, including cardiac death.The study also showed 0% of rate of late stent thrombosis, the sudden blockage of a stented artery, after 12 months. Medinol has a long-term distribution agreement with Cordis, a subsidiary of Cardinal Health, a Dublin, Ohio-based distributor of pharmaceuticals and medical products. Before being acquired from Johnson & Johnson in 2015 for almost $2 billion, Cordis was a major player in the bare metal stent market, until J&J left the market in 2011 after drug-eluting stents started gaining traction.
Related stories:

"Cordis is committed to ensuring physicians will soon have this new DES in their Cath Labs to deliver the best patient care available," said Luis Davila, vice president of R&D at Cordis, in a statement.

Established in 1992, privately-held Medinol employs around 400 people in Israel and the U.S. In 2005, the company won $750 million from medical manufacturer Boston Scientific Corporation, after suing for breach of conduct and theft.
Cancel Send
To all comments