The Israel Airports Authority announces plans to upgrade Israel’s main airport to the cost of $1.43 billion, expecting to see a 50% increase in passenger turnover within the next five years

TAGS:
The expected increase in the number of passengers going through Israel’s Ben Gurion airport will require upgrades at a cost of $1.43 billion, Israel’s Airports authority said in a statement Monday.

Located at the outskirts of Tel Aviv, the Ben Gurion airport is Israel's main international gateway. According to the Authority's data, since the beginning of the year the airport saw an 18% increase in international passenger turnover. Earlier this week, the airport saw its 20 millionth passenger for 2017; the passenger turnover for 2016 was 17.3 million. According to the Authority's forecast, in the next five years the airport is expected to see 30 million annual passengers through its gates. 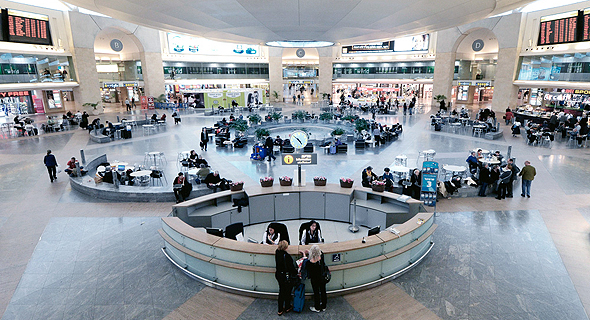 Related stories:
To meet the required capacity, the Authority intends to add 86 check-in stations to one of the airport’s two departing terminals, as well as additional stations for self check-in. The security check area will see six more screening machines added. In the beginning of 2018, eight passenger boarding bridges will be added to the terminal, as well as two more shuttle gates. The apron will also be expended to accommodate more aircrafts.
Cancel Send
To all comments