There Are Too Many Cybersecurity Companies, Says Venture Capitalist Yuval Shachar

TAGS:
Israeli-born technology entrepreneur and venture capitalist Yuval Shachar, the co-founder of Innovation Endeavors, a venture capital firm owned by former Google CEO Eric Schmidt, thinks the cybersecurity market is heading towards consolidation. “There are too many companies with similar solutions to the same problems, each only offering a slight improvement,” he said in an interview with “30 Minutes or Less” podcast by Microsoft Accelerator TLV, which aired on Calcalist Sunday.

After serving as an advisor and investment partner at Innovation Endeavors since 2013, Mr. Shachar recently left the firm to join Tel Aviv-based cybersecurity startup-foundry, Team8 Labs Ltd. as a partner. In 2011 he also co-founded the New York and Israel-based Marker LLC investment fund, which completed a merger with Innovation Endeavors in August. 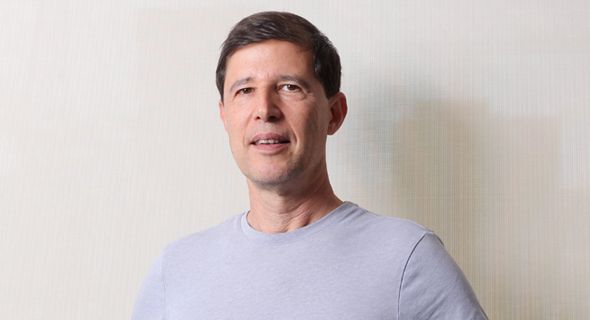 Yuval Shachar. Photo: Amit Sha'al
Mr. Shachar still maintains his title as a co-founding partner of the new fund, but does not have an active role in its operation. Following the merger, Innovation Endeavors now operates offices in New York City, Silicon Valley, and Herzliya, a tech-hub north of Tel Aviv. The firm is currently raising $300 million for a new investment fund. The decision to merge the two firms came about because he felt that the new firm could become greater than the sum of its parts, Mr. Shachar said during the interview. “It would have a strong team in Israel, investing locally, a strong team in the Valley providing perspective on what is happening there, and a strong New York team dealing with gross investments, that knows how to make late-stage investments,” he said. “Company mergers are very complicated, and fund mergers are almost unprecedented,” he explained why the process took about two years to complete. According to Mr. Shachar, this merger was possible because both firms were already working together and making joint investments in about 14 companies, one of them being Team8, which was also funded by Microsoft.The merged firm is continuing its investment in the startup foundry and the companies it helps found, he said. There is a limit to how many solutions companies will be willing to invest in, according to Mr. Shachar, who thinks that in cybersecurity, you should first look for problems—not for solutions.
Related stories:

In order to come up with the right team to find the right solutions, “we want to focus on big problems, even if they are unsolvable, and make sure we truly understand what they are.” Mr. Shchar added that Team8’s methodology gives entrepreneurs access to tools and experts that are not normally available at those stages, allowing companies to think on a much bigger scale and create bigger plays than unsupported startups can.

The 30 Minutes or Less podcast, which launched in March, is hosted by Navot Volk, the managing director of Microsoft Accelerator TLV, and tech entrepreneur Aviv Frenkel. The two interview tech founders, investors, and other key members of the Israeli tech ecosystem.
Cancel Send
To all comments