In 2016, more than 60% of Americans supported the legalization of cannabis, according to surveys from Gallup and Civic Science poll. As America relaxes its attitude towards cannabis, particularly when it comes to medical use of cannabis, American investors have become some of the most prolific supporters of Israeli medical cannabis companies.

In January 2016, tobacco company Philip Morris International Inc. invested some $20 million in an Israeli startup Syqe Medical Ltd., which developed a metered-dose vaporizer of raw plants for medical use. Bethesda, Maryland-based company Cannabics Pharmaceuticals Inc. is conducting its research and development in Israel and has received a new research license from the Israeli Ministry of Health for the characterization of anti-tumor activity of cannabinoids. Another Israeli company, One World Cannabis Ltd. (OWC Pharma) has reported market-ready Psoriasis topical treatment developed in Israel. 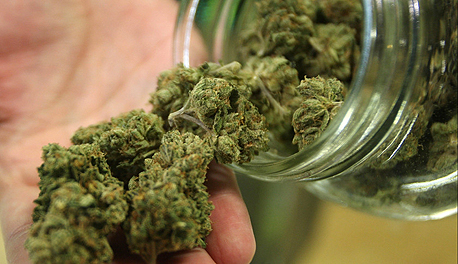 According to the October issue of the New York University Law Review, Israel is primarily involved in two sectors of the cannabis industry—agricultural and medical, which are legal industries in Israel. Many international companies have invested or partnered up with Israeli cannabis research companies in order to conduct studies in Israel. The result: American cannabis companies are turning to Israel for their research and development needs.

The reason American cannabis companies are looking outwards for research arises from the conflict between the welcoming approach to this industry which many states adopted, and hostile federal law which is opposed in sentiment and in fact to the medical cannabis industry.

The Israeli Ministry of Health and the Treasury have officially announced last month that they are preparing the regulatory background for the issuance of cannabis export licenses. The Israeli government predicts a market of between $295 million and $1.2 billion (NIS 1 billion to NIS 4 billion) per year in exports for cannabis-related products.

There are over 70 cannabis-related startups in Israel, and government funding is available for all layers of research, medicalization and training programs for physicians. The government has gone as far as to publish the unique “Green Book” to inform and update stakeholders. The clinical trial environment is friendly to medical cannabis trials, made to FDA standards, so that only the later stages of FDA approval need be carried out in the U.S. Investors can enjoy the benefits of cost-effective applied research, reliable sources of good quality standardized cannabis plant strains and products.

Dr. Joseph I. Wyse is an Israel patent attorney. He serves as the the head of the Patent and Analysis Dept. at the Bressler Group.