Over the weekend, the dollar traded at NIS 3.39, a more than 10% decrease over the past year

TAGS:
The continuous strengthening of the shekel against the U.S. dollar, which traded at NIS 3.39 over the weekend, is weighing on Israel's main growth engine—its technology industry.

Several of Israel's main tech companies—industry leaders like Wix.com, IronSource Ltd. and Taboola.com Ltd., each worth billions of dollars—are planning to lobby the Israeli Ministry of Finance and the Bank of Israel and ask that steps be taken to minimize the damages to an industry that employs hundreds of thousands of people in the country, according to several members of the Israel Growth Forum. 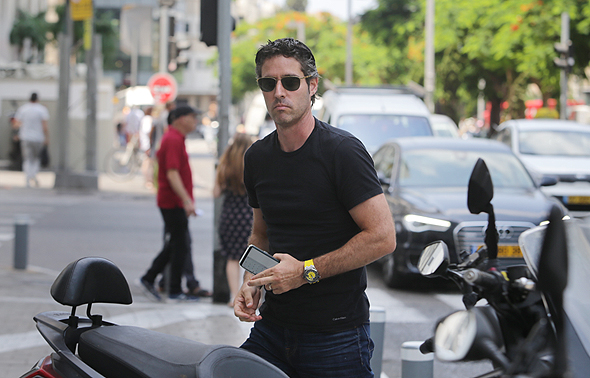 The Israel Growth Forum is a group aggregating over 150 Israeli tech companies that wish to continue their growth in Israel, without relocating or making an exit. Established in January 2015 in response to regulatory changes and chaired by Wix President and chief operating officer Nir Zohar, the forum includes companies such as Gett, CyberArk Software Ltd., Outbrain, Playtika, Fiverr Int. Ltd., MyHeritage, and SimiliarWeb. Their combined export is valued at several billion dollars.

"The situation has really become impossible," Mr. Zohar told Calcalist Sunday in an interview. “What is happening here is madness: we opened the year (2017) with the dollar at NIS 3.8, and now it's under NIS 3.4."

For a public company like Wix, which currently has a market capitalization of $2.81 billion on Nasdaq, "the meaning is an increase of $12 million in expenses," he said. Now he must either cease employee recruitment or lower the company's revenue forecasts, he said, adding "both options are unacceptable."

Mr. Zohar compares the effects of the shekel's appreciation over the dollar on Wix’s expenses to the recruitment of 160 new employees that don't actually exist. For a company with 1,500 employees, that's 10% of the personnel.

In an interview Sunday, Fiverr CEO Micha Kaufman told Calcalist that for every new hire he makes, he must consider whether to hire in Israel or abroad. This is due to the foreign exchange rate, he said. "Our investors want to see profits—they're not local patriots," he said. "The current situation creates a job leak. There are a lot of positions we outsource."

Working as an advisor to the forum is Adam Reuter, formerly the general manager of Financial Immunities at the Bank of Israel. He assisted the forum with devising the steps the group will present at an emergency discussion, to be held Wednesday at the Israeli parliament’s finance committee. The discussion was brought about by the Manufacturers Association of Israel.

As a first step, forum members said they plan to suggest a significant increase in the hedging of Israel's net external debt, which currently amounts to 10% of the total external debt. Such hedging transactions do not cost taxpayers, but they have the potential to dramatically affect currency exchange rates. Such an increase will necessitate the purchase of dollars by the Israeli Ministry of Finance, similar to the policy carried out by the bank of Israel to slow the shekel's gains against foreign currency.

The forum also intends to recommend that the bank will escalate its intervention in the market by increasing the sum of dollars it buys. The bank can do this with ease, forum members said, and the action offers further economic benefits as the interest rate for the dollar is higher than the interest rate for the shekel. Since 2010, the bank has maintained a steady intervention rate, with foreign exchange reserves representing 33% of Israel's gross domestic product.

However, an external inspection ordered by the forum found that there are countries amassing greater amounts of foreign exchange reserves, including Switzerland, Singapore, and the Czech Republic.