In a statement, Morphisec said it plans to use the funding toward global expansion and growing the company’s engineering, sales, and marketing teams. 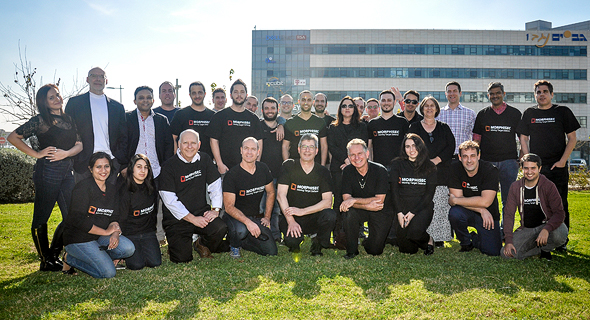 Morphisec employees. Photo: Morphisec PR
Morphisec develops and markets cybersecurity products that use moving target defense technology to protect against advanced persistent threats, zero-days, ransomware, evasive fileless attacks and web-born exploits. Founded in 2014 and headquartered in Be’er Sheva, in the south of Israel, with additional offices in Boston, Massachusetts, Morphisec employs 45 people. The company previously raised $7 million in a 2015 Round A funding round.
Related stories:
“We built Morphisec to become an essential part of every company’s security and IT operation, and to defeat attacks that other endpoint technology cannot,” Ronen Yehoshua, CEO and president of Morphisec, said in a statement.

“Now is the time to invest in cybersecurity technology that is poised to dramatically hamper attacker’s ability to operate and to enable organizations to succeed in eliminating advanced threats,” Yoav Tzruya, JVP general partner and Chairman of Morphisec, said in a statement. “As threats increase in scale and severity, alternative technologies don’t fully solve the challenges,” Mr. Tzruya said.