Israeli defense contractor Elbit Systems Ltd. announced on Monday the opening of a Berlin office, which the company said is part of an expansion of its activities in the German market.

Elbit’s Berlin office will serve as a technological, industrial, and commercial base in the country, the company said. 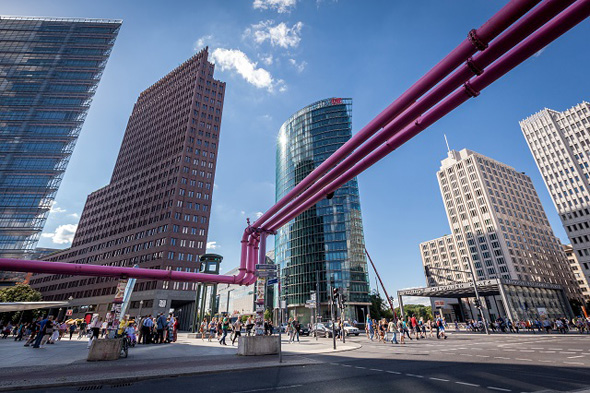 Established in 1966 and headquartered in Haifa, a city in the north of Israel, Nasdaq-listed Elbit and its subsidiaries operate in a variety of military-oriented and technological domains, including communications, aerospace, land and naval systems, surveillance and reconnaissance. Elbit employs around 12,500 people worldwide, 10,000 of which in Israel.

Elbit’s activities in Germany launched with the 2004 acquisition of defense manufacturer TELEFUNKEN Radio Communication Systems GmbH & Co. KG, which now operates as a wholly-owned subsidiary of Elbit. Elbit supplies a variety of tactical radio systems, advanced electro-optic systems, and directional infrared countermeasure systems for the German defense forces. In a statement, the company said its German operations would focus on broadening its portfolio and enhancing local production.

“Germany is a key market and is significant to Elbit Systems’ continuous growth and growing presence in Europe,” Ran Kril, executive vice president for International Marketing & Business Development at Elbit, said in a statement. “We intend to leverage our extensive experience in providing robust, precise, networked solutions to leading defense forces in order to further contribute to the German defense forces and to the German economy.”