On Tuesday, the two companies ended a seven-month control struggle for Mellanox’s board of directors

TAGS:
The seven-month control struggle between Israeli chipmaker Mellanox Technologies Ltd. and activist hedge fund Starboard Value LP came to an end on Tuesday with an agreement regarding the contested composition of Mellanox's board of directors. In an Interview with Calcalist, Mellanox CEO Eyal Waldman said he considers the agreement a win-win situation.

"As far as I'm concerned, we reached a good solution," he said, adding that Mellanox will keep a majority on the board. The agreement was not brokered by anyone but rather a result of direct talks between the two companies, he said. 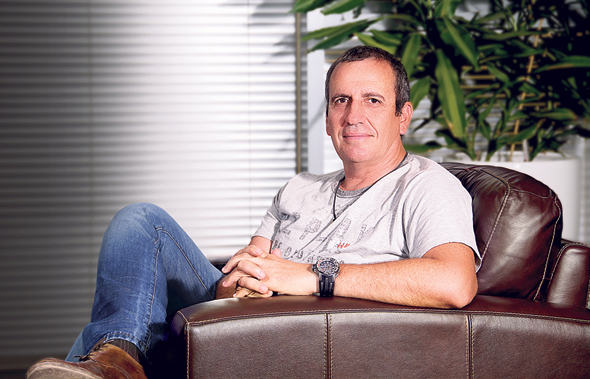 Founded in 1999, Mellanox develops and manufactures chips for communication networks in data centers. The company employs around 2,700 people, 1,800 of them in Israel, where it is headquartered.

In January, Starboard announced its intention to replace all current members of Mellanox's board, after much criticism of its members. According to Tuesday's agreement, three of the board's eleven current members will step down, to be replaced by two of Starboard's candidates and one candidate both Starboard and Mellanox agreed upon. Another member, Thomas Weatherford, will step down in March. Starboard also has the right to appoint a direct representative to the board if Mellanox fails to achieve an adjusted non-GAAP operating margin of 23.5% for the fourth quarter of 2018, of 25.5% for the second quarter 2019, or of 28% for fourth quarter of 2019. The struggle with Starboard was Mellanox's first time contending with an activist investor, said Mr. Waldman. Previously, Starboard said that while Mellanox has "an extremely strong product and technology portfolio," it has been "one of the worst performing semiconductor companies for an extended period of time,” in large due to its research and development expenses. It has also criticized Mellanox's operating targets, saying they are too low. Starboard originally made very big demands, Mr. Waldman said, but essentially there were no significant changes at Mellanox since Starboard made its 10.5% stake acquisition in November. "We continue to invest in what we wanted to invest in, but we'll have to consider our expenses a little differently," he explained, adding that Mellanox "certainly ends up a better company" as a result. In April, Mellanox published first quarter results for 2018 that showed a 33% year-to-year increase in quarterly revenue, and a GAAP net income of $37.8 million, compared to a net loss of $12.2 million in the first quarter of 2017. Its stock has shot up by almost 55% since Starboard's acquisition. The company's business results are unrelated to Starboard, but rather a result of the investments Mellanox made over the last two years, Mr. Waldman stressed.
Related stories:

As to Starboard's future at Mellanox, Mr. Waldman said the decision is Starboard's alone. "We have no agreements regarding it," he said. "If they'll think Mellanox will continue to strengthen and provide higher yields for investors, they'll stay. Once they decide they made enough money, I believe they'll get out. They won't stay for the long run."
Cancel Send
To all comments