Minister Hiroshige Sekō will lead the largest delegation of Japanese businessmen to Israel to date, including executives from Mitsubishi, Toshiba and Hitachi

TAGS:
Japanese Minister of Economy, Trade and Industry Hiroshige Sekō is set to arrive in Israel this week with a large delegation of Japanese businesspeople, the Israeli economy ministry announced Sunday. Sekō is set to meet with Israeli Prime Minister Benjamin Netanyahu and Israel's Minister of Economy Eli Cohen on Tuesday. Some executives from Japanese corporations will also meet with Netanyahu.

This will be Sekō’s second visit to the country since assuming his role in 2016. This time around Sekō will lead the largest delegation of Japanese businessmen to Israel to date. The delegation numbers 150 individuals from 90 companies, including executives from Mitsubishi Corporation, Toshiba Corporation and Hitachi Ltd. 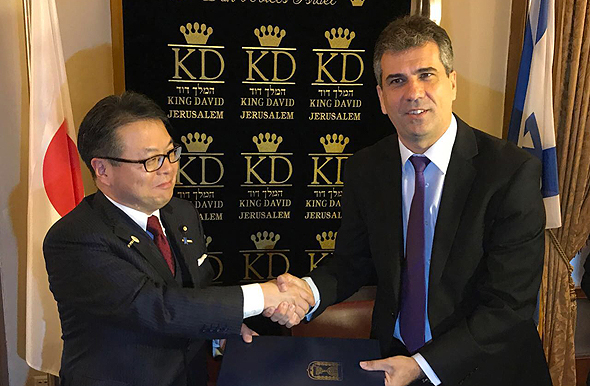