Intel's Mellanox Bid Was Off by a Few Dollars Per Share, Says Intel Capital's President

In March, Nvidia agreed to pay $125 per share for Israeli chipmaker Mellanox, for a total of $6.9 billion

In March, Nvidia Corp. announced an agreement to acquire Mellanox for $6.9 billion, or $125 per share, confirming an earlier Calcalist report. The announcement brought an end to several months of speculation and rumors regarding a bidding process for the Israeli company, in which Intel was considered a leading candidate with a reported $6 billion offer. 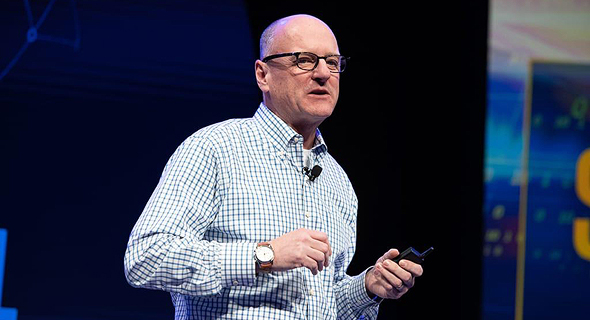 Intel Capital's President Wendell Brooks. Photo: PR
Nvidia’s CEO Jensen Huang said the acquisition—the company's biggest to date by a large margin—would boost Nvidia's data center business. Mellanox's data center technology was valuable for Intel, Brooks said Tuesday, adding that as the corporation's chief of mergers and acquisitions he was personally involved in the bidding process. While Mellanox’s acquisition would have benefited Intel, Brooks said, the company can retain its competitive edge in the face of the Nvidia-Mellanox merger.
Related stories:
On Monday, Intel Capital announced a reorganization of its Israel-based team after investing a total of $120 million in 14 Israeli startups in 2018. The expansion reflects the fact that Tel Aviv has become a more mature ecosystem where companies can achieve longevity, he said. Intel Capital has not set a limit for its investments in Israel in 2019, Brooks said, but he would not be surprised if the upcoming year would surpass 2018 in terms of total investments.
Cancel Send
To all comments