TAGS:
Sony Corp. is the latest Japanese company looking to tap Israeli startups. Last week, the company announced a plan to establish a joint fund with Daiwa Capital Holdings Co., Ltd., a subsidiary of Tokyo-listed investment bank Daiwa Securities Group Inc. The fund, called Innovation Growth Ventures (IGV), is aiming to raise $185 million to invest in tech startups in Japan, Europe, the U.S., and Israel. For daily updates, subscribe to our newsletter by clicking here. In the first half of 2019, Japanese investors backed 34 Israeli companies, up from 28 companies during the entire year 2018, Elchanan S. Harel, president of Harel-Hertz Investment House Ltd., an investment firm promoting business between Japan and Israel, said in a recent interview with Calcalist. “There are currently 87 offices in Israel that represent almost all of the leading Japanese corporations, with the exception of Tokyo-listed Sumitomo Corp., who are also planning to inaugurate offices in Israel," Harel said. 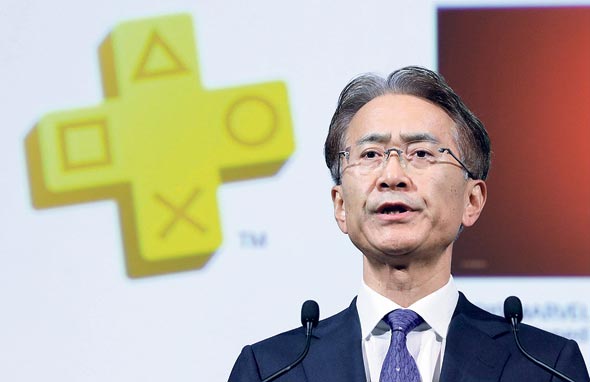 Sony CEO Kenichiro Yoshida. Photo: Bloomberg
Last week, Tokyo-listed Japanese advertising and public relation corporation Dentsu Inc. backed Tel Aviv-based digital communication startup Imprint. Back in June, Dentsu announced it was scouting Israeli startups for investment and collaboration opportunities. To support its operations in Israel, the company set up a new division called the solution intelligence center. In May, Mitsubishi Corp. opened a Tel Aviv liaison office to operate as a business intelligence outpost. Mitsubishi is the third Japanese general trading company to set up a local development center in the country, after the Mitsui Group and the Marubeni Corporation. Japanese multinational the Hitachi Group also has a center in Israel. In October, Japanese insurance company Sompo Holdings Inc. announced it was launching an innovation hub in Tel Aviv, which will serve as a local operational branch of the company’s digital division.

There is a rising trend of Japanese delegations and businesspeople that come to Israel for every tech event to look for potential investments, Guy Lachmann, partner at Pearl Cohen Zedek Latzer Baratz specializing in Japanese relations, told Calcalist in a recent interview.

This trend is growing and more and more Japanese corporations are creating investment funds specifically for Israeli companies, he said.

Related stories:
Trade between Israel and Japan, not including diamonds, amounted to $3.5 billion in 2018, according to the Israeli ministry of economy, an increase of around 20% from 2017. Overall, Japan is the 11th largest importer of Israeli goods in terms of annual turnover, according to the Israeli Export Institute, and the third largest Asian importer.
Cancel Send
To all comments
Buzz