Officially launched last week, WOSNA currently hosts a first cohort made up of 11 startups with at least one female founder

TAGS:
It is no secret that the Israeli tech industry is booming, but one thing that the local ecosystem is definitely lacking is gender diversity.

Only 34% of employees in Israel’s tech sector are women, according to data released in March by Israel's Central Bureau of Statistics. What is even more concerning is that out of 7,100 startups active between the years 2000 and 2017, only 7%, or 490 companies, had female founders or co-founders at the helm, according to a 2018 report published by Israel-based market research firm IVC Research Center Ltd. 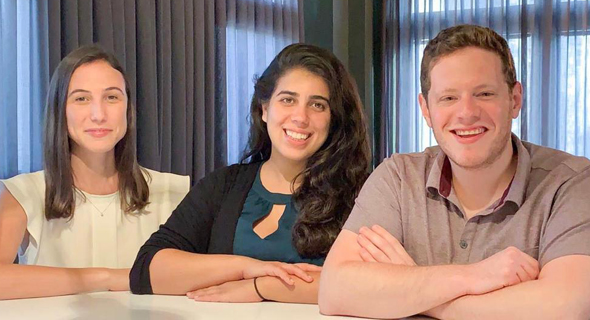 In 2018, the median amount of capital raised by male entrepreneurs per round was $2 million, compared to $1 million by their female counterparts. Of the 125 companies with the highest market capitalization on the Tel Aviv Stock Exchange, only three companies are headed by women, according to a recent report by Standard & Poor's. Now, Tel Aviv’s newest accelerator—Women of Startup Nation Accelerator (WOSNA)—is out to change these statistics, one female-founded startup at a time.

The accelerator officially launched last week and currently hosts a first cohort made up of 11 startups with at least one female founder, Barr Yaron, one of WOSNA’s co-founders, said in a recent interview with Calcalist. The accelerator was also founded by Jordan Windmueller and Oshrat Goldberg, who Yaron met while studying at Stanford.

In 2016, Yaron created a Facebook page titled Women of Startup Nation—which now has over 18,000 likes—to address the unique challenges women face in the local tech industry such as underfunding and a lack of community, she said. The accelerator, based off of the facebook page, takes place at the Google for Startups campus in Tel Aviv. Participating startups get access to workshops and lectures from leading investors in Israel, personalized one-on-one mentorship from renowned founders of local startups, and access to resources including a free co-working space provided by Google. The 11 startups, selected from more than 130 applications, come from different fields including industry software, fintech, retail, and artificial intelligence. The companies include online personal shopping assistant AskLily Ltd., crowdfunding for community events startup FanFund Ltd., online accessibility verifier SenseIT Ltd., and software company Dzomo Ltd., which is still in stealth mode.
Related stories:
All of the mentors taking part in the program are female and include Orly Shoavi and Ronnie Sternberg, co-founders of the Israel-based software development kit (SDK) management startup SafeDK Mobile Ltd., which was acquired last month by California-based mobile game monetization company AppLovin Corp. for an undisclosed amount, and Nitzan Cohen Arazi, CEO and founder of live video marketplace Jolt.io. All of the participating startups will be pitching their technologies to local investors on a demo day, taking place September 19, Yaron said.
Cancel Send
To all comments
Buzz