Most Israelis believe Israel’s economic policy is flawed, according to a new survey published Sunday by Jerusalem-based independent research center the Israel Democracy Institute, two weeks ahead of the country’s general election scheduled for September 17.

The survey was conducted in July, based on a questionnaire co-written by former governor of the Bank of Israel Karnit Flug, who joined the institute in May. 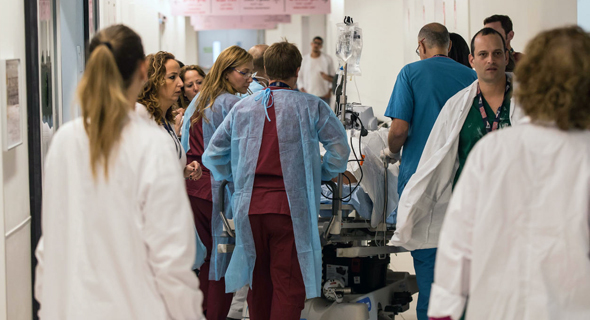 The surveyors questioned 503 people representing various groups, in accordance with their relative size in the general population, including gender, age, place of residence, nationality, level of education, and level of religious devoutness (among Jews). Participants were asked to rank the state of various public services on a scale of 1-5.

According to the survey, most people in Israel believe the state should increase its investment in social services, such as education and healthcare, but do not support raising taxes as they are unsure whether additional funds will be used to improve social services.

The average rankings for the government’s handling of social services were also low: 2.68 for education, 2.65 for transportation, 2.42 for healthcare, 2.3 for reducing socio-economic gaps, and 2.26 for fighting poverty.

When it comes to education, 78% of those surveyed gave the government policy a ranking of 3 or under. Of those who were not satisfied, about 50% attributed their dissatisfaction to the leadership’s indifference or misguided priorities. Only 13% linked the low ranking to lack of funding.

On transportation services, 44.2% of those surveyed gave the current policy a ranking of 3 or under, 41% of which listed indifference or wrong priorities by the government as the cause for their dissatisfaction. Lack of funding was the cause suggested by 9% of participants.

Worse results were recorded for healthcare, with 83% of those surveyed stating they were dissatisfied.

While 86% of the people surveyed supported increasing government spending on social services, only 37% of those were willing to pay more taxes in order to fund the changes. Of those opposed to raising taxes, 75% said they do not believe the additional income will be used to improve said services.

Asked about Israel’s national deficit—which currently stands at NIS 14 billion (approximately $3.96 billion), according to data released in June by the country’s Ministry of Finance—72.6% of those surveyed knew it existed, 5.6% denied it, and 21.9% said they did not know about it. Only 9% of those surveyed stated that they trust the government to handle the deficit responsibly.

According to the survey, 31% of Israelis believe the deficit should be reduced, even at a cost of budget cuts, 25% opted to maintain its current level to avoid cuts in social services, 20% supported increasing it in favor of policies that would bring future growth, and 10% said they are willing to increase it to pay for social services.