Artificial intelligence technology is promising to revolutionize the legal profession, but it might also cost some lawyers their jobs

TAGS:
For decades, classic novels, television shows, and films had glorified the legal profession, presenting it as a glamorous occupation that provided ample opportunities for making a positive impact on the world while also cashing in nicely. Most of these starry-eyed representations, however, tend to ignore the boring and tedious aspects of legal work—running around in courts, waiting for rulings, endless meetings, and the tiresome digging through thousands of documents in search of a single detail or precedent that could win the case. And, of course, the contracts. Startups, on the other hand, did not fail to recognize the huge potential in these headache-inducing tasks. Technology companies are constantly developing more and more tools to transform the work done by lawyers, interns, legal aides, and legal consultants. The new technologies sprouting under the legal-tech umbrella can free workers from an array of exhausting tasks, from digging through documents to derive relevant precedents to analyzing rulings to provide tips on the best ways to address a certain judge. The changes technology brings to the legal profession may be dramatic. 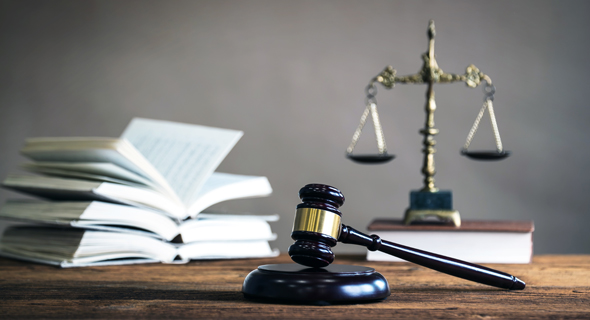 Legal-tech has three unique characteristics: first, it is based almost entirely on artificial intelligence (AI) technologies; second, many of the founders of startups in the field are not tech professionals, they are lawyers who know what legal professionals actually need; and third, legal-tech goes far beyond just Silicon Valley, with a significant chunk of companies based in Europe. The biggest funding round in the field this year—$250 million—was raised by Burnaby, Canada-based company Clio, incorporated as Themis Solutions Inc.

Legal-tech startups raised about $1 billion worldwide in 2018 and about $1.2 billion so far in 2019. These are relatively low numbers compared to tens of billions of dollars invested in, say, fintech. But the massive wave of growth is likely on its way. In the U.S. alone, the legal industry is estimated to be a $300 billion industry, so the potential is vast.

In the meantime, two major elements are delaying the bloom in the field of legal tech. For one, charging clients by the clock, lawyers have no substantial motivation to become more efficient. Second, law being a highly risky business, a single error could potentially cost millions, so lawyers are wary of innovation, fearing a computer process might miss something that the human eye would not.

For now, the reality seems to be proving this fear wrong. Tel Aviv-based startup Lawgeex, incorporated as Legalogic Ltd., develops an AI tool that reviews legal contracts, in search of errors, internal contradictions, clauses that are in contrast with the law, and possible loopholes. Tests showed that Lawgeex’s tool was more accurate than a human lawyer, identifying 94% of issues, compared to the 85% precision of a human professional. It is also way faster: Lawgeex scans through five contracts in 30 seconds, while a human would require 92 minutes for the same amount of material. At first, Lawgeex aimed for the private consumer market, reviewing contracts for small real estate deals, but it has now shifted focus to enterprizes. An automated system that reviews contracts with suppliers, for example, would save a lot of resources and allow organizations to downsize their legal departments. Speed is key in the legal industry and when it comes to business contracts tech can significantly shorten any intern’s biggest nightmare—due diligence investigations. In Israel, some law offices are using technology developed by London-based startup Luminance Technologies Ltd. that allows for the quick processing of legal documents as part of the due diligence process. Current technologies do not make human workers redundant in big firms but they do let them dedicate their time to more important tasks, Yaniv Aronowich a partner at law firm Tadmor & Co. Yuval Levy & Co. told Calcalist in a recent interview. “Technology cuts down the proofing time for documents from three hours to just 15 minutes,” he said.
Related stories:

Another dull task performed by lawyers is transcription. Tel Aviv-based startup Verbit Software Ltd., which raised $23 million in January, offers an AI-based system capable of automatically transcribing recorded speech, which it says is 99% accurate and 10 times as speedy as its competitors. It is already used by academic institutes such as Harvard and Stanford, but legal protocols and transcription offer a new market.

Legal-tech disrupts not only the work of young interns but also that of senior partners. Their vast experience means they know exactly what to do and how to get to a certain judge or colleague. But it turns out this experience may no longer be needed, as it is all in the cloud.

One of the hottest trends in legal-tech is ruling predictions based on statistics, past rulings by a certain judge, and even the way they speak, both in court and outside of it. California-based Ravel Law Inc. and Lex Machina Inc. both developed such technologies that were acquired by New York-based legal database company LexisNexis Group Inc. In the U.S., this software has a distinct influence on legal work. When the legal system identified an unusual number of patent lawsuits are being filed in a certain county in Texas, a probe showed the technology marked judges in that specific county to be pro-plaintiffs. The Supreme Court had to step in and ban the practice, requiring lawsuits be filed in the jurisdiction where the defendants are incorporated.