The Year of the Shekel

The Israeli currency saw a steady rise in 2019

TAGS:
After experiencing a continuous rise in 2019, and having recovered from a weak year in 2018, Israel’s currency the new Israeli shekel (NIS) is currently being traded at an exchange rate of NIS 3.46 per $1 and NIS 3.86 per 1 euro. According to recently released data by Israel's Central Bureau of Statistics (CBS), in 2019, the shekel’s value appreciated on average 6.3% against the euro, 5.4% against the British pound, 3% against the Swiss franc, and 1% against the U.S. dollar. 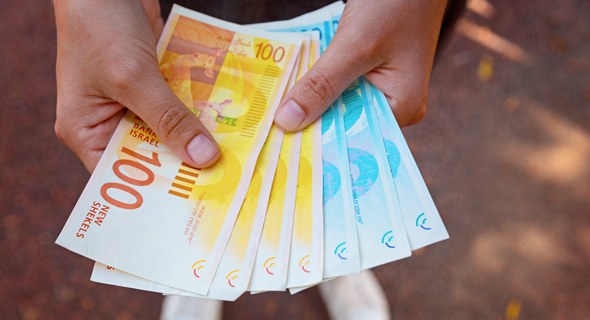 Gil Bufman, chief economist at Israel’s Bank Leumi, said in September that he believed the Israeli currency will continue to strengthen.

Israeli industries that are dependent on goods export are extremely vulnerable to changes in the shekel’s exchange rate, while the service export industries are less affected, Bufman said. Industrial tech goods are also less affected than sectors with a low to median technological level, he added.

Related stories:
Current events such as Israel’s prolonged political limbo and budgetary struggles could have weakened the shekel, but financial factors such as mounting foreign investment in Israel’s economy pushed the shekel towards a general trend of appreciation, Alex Zabezhinsky, the head economist of Israel-based investment house Meitav Dash Investments Ltd. said in a November interview with Calcalist.