Putting Israel back on lockdown would spell an economic disaster, says JVP founder in letter to politicians

Erel Margalit highlights plight of small businesses, calls on government to instead focus on economic recovery

TAGS:
As Israel battles a second wave of Covid-19 outbreak, veteran tech entrepreneur Erel Margalit, the executive chairman and founder of Jerusalem Venture Partners (JVP), sent an open letter to members of Israel’s Coronavirus Cabinet, on Wednesday, urging them to avoid another lockdown across the country. He cites the economic harm that would be caused if citizens were again sent back to their homes and denied the option to work or spend money.

“Another general lockdown will lead to mass layoffs, and the collapse of many businesses across the country,” Margalit wrote. “Out of responsibility for the fate of hundreds of thousands of families in Israel, small and medium businesses, and hundreds of thousands of unemployed, I call on you, as members of the Coronavirus Cabinet, to oppose the imposition of a closure and to allow the Israeli economy to continue to remain open even during this challenging period, while implementing the necessary adjustments to stop the spread of contagion.” 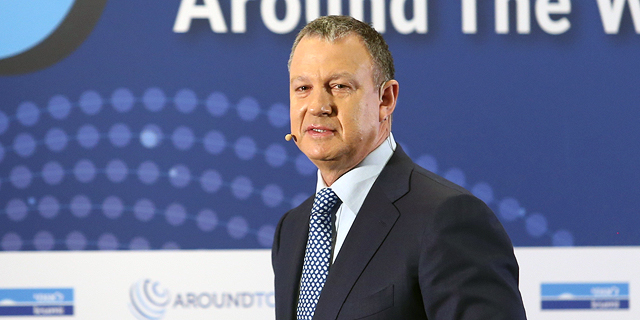 JVP Founder Erel Margalit. Photo: Uriel Cohen
According to YNet News, Israel saw 1,875 new confirmed coronavirus (Covid-19) cases on Tuesday alone, bringing the country’s total to 86,959. There are currently 793 people in hospital with 170 in serious condition. 110 Israelis are currently on ventilators and cannot breathe on their own. The official death count is 622 in Israel and 746,151 worldwide. The numbers have led recently appointed Corona Czar Prof. Roni Gamzu to state that more restrictions could be imposed if the rate of infection is not reduced considerably. “If you cannot prevent yourself from gathering, then perhaps there is no choice but to go into lockdown," Gamzu said at a Tuesday press debriefing. "It is not a simple burden. I am trying to give the government confidence and hope to the public that it is still possible to follow our current course. Lockdown means another half a million unemployed." There are debates all over the world on how and when countries should reopen their economies or assist in the recovery process. Despite an initial optimistic response in March and April, Israel was one of the first countries in the world to see a second wave. The number of cases has since exploded in recent weeks and far surpasses the initial peak in April.
Related Stories:

Margalit, a former parliament member for the Labor Party, continued in his letter to advocate that instead of locking down the economy, the government should focus on economic recovery measures.

“Support for small, medium, and large businesses, and for hundreds of thousands of families in Israel - this is the urgent order of the day”, he wrote. “This support requires – among other things – running programs to integrate minority ultra-Orthodox and Arab sectors into the labor market, providing incentives, developing new creative business models, reducing regulation, lowering taxation rates, recruiting experts and mentors to stem the financial collapse of families and businesses alike, and build long-term plans to emerge from the crisis." Covid-19 has been most prominent in Israel’s religious communities. Jerusalem and Bnei Brak have seen the highest number of cases with Tel Aviv coming in third. Prime Minister Benjamin Netanyahu has been sharply criticized for his response to Covid-19 and thousands of frustrated Israelis have been protesting against inconsistent messaging and unclear instructions by the government. Citizens are often left to check the news each day to see if their business will be allowed to operate or not. Last month, Margalit reopened the New York City International Cyber Center in an effort to help with economic recovery in the US. “Our handling of the Covid-19 pandemic will be judged by how we as a society and a global economy recover, as much as how we face the medical challenges,” he said at the time.