TAGS:
Much has been written about the long and tedious global battle over advanced telecommunication technology currently taking place around the deployment of the fifth generation of cellular networks, i.e. 5G. One of the latest examples of this war came last month when the U.K.'s mobile providers were banned from buying new 5G equipment from Chinese corporation Huawei after the end of this year and ordered to remove all the firm's 5G kits from their networks by 2027. This and other moves are expected to delay 5G rollout in the U.K. by 2-3 years, but with the U.S. imposing sanctions on Huawei, claiming it poses a national security threat despite the firm's denials, the U.K. ultimately had little option but to follow suit. The likes of Nokia and Ericsson are likely to benefit as a result, and this geopolitical Cold War is set to continue and play out over the coming years.

Watching this skirmish from the sidelines is Israeli-based company Orbotech, a manufacturer of processing, inspection, and repair systems for electronic systems, which knows that one way or another the company's manufacturing solutions and systems are already playing a significant role in enabling the buildout of 5G infrastructure.

"Orbotech's expertise lies in developing the new technologies and solutions that enable the advanced manufacturing processes necessary for 5G," Orbotech President Gil Oron told CTech. "5G infrastructure started to gain momentum in 2019. However, manufacturers understood that their existing manufacturing solutions and processes weren't good enough and they needed to take their production solution to the next level. This was particularly true for the precise structure of the fine copper lines and also the line/space accuracy within the PCBs (printed circuit boards) which are critical for the high frequencies that 5G operates at." 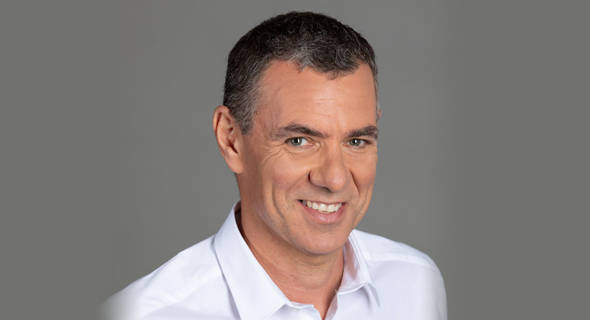 "Flexible printed circuits and very small antennas will play a major role in 5G smartphones. These will require advanced manufacturing capabilities and solutions," he noted, explaining that the three main differences between 5G and 4G are faster speed and data capacity as well as reduced latency (to under 1 millisecond.). "With the improved accessibility to fast data, we also expect to see a rise in the demand for high resolution, high definition screens in different shapes and sizes, such as 8K TV, dashboards in high end automotive, smart watches, smart glasses, frameless smartphones and more."

It was recently revealed by Calcalist that Nasdaq-listed Orbotech, which was acquired by American company KLA Tencor last year for $3.4 billion, is expected to increase its production capacity in Israel to roughly 90% of the company’s total manufacturing by the end of 2021.

The production increase is the result of the relocation of the company’s development and manufacturing lines for electronic testing of flat panel displays from San Jose, California to its plant in the Tel Aviv suburb of Yavne. The transition reflects a vote of confidence by KLA in Israel’s manufacturing capabilities and is expected to add tens of millions of dollars to Orbotech’s export volume. It is unclear whether the move will also result in an increase in the number of people Orbotech employs in Israel. Orbotech, established almost 40 years ago, employs about 2,400 people worldwide, 750 of them in Israel.

According to KLA filings following the acquisition, Orbotech’s earnings in 2018 totaled $1.04 billion, an increase from $909 million in 2017.

"Orbotech’s products enable the mass production of the world's most advanced electronics, from smart watches, advanced smartphones and autonomous cars to rollable, foldable screens and everything in between," Oron said. "Orbotech develops advanced manufacturing technologies and solutions for high-end electronics. When technologies advance a generation, our tools are enabling that progress. Whether we're talking about a new generation of smartphone or foldable devices, Orbotech is playing a key role by developing the manufacturing processes tools that enable that technology jump."

"New innovative material substrates will be needed to produce the flexible and rigid circuits for 5G, enable the huge jumps in data speed and capacity and also reduce latency to under one millisecond," said Oron. "This, in turn, requires new manufacturing processes, where Orbotech's market leading solutions come into play."

Orbotech works with all the leading manufacturers in all its relevant industries and its solutions have been used to manufacture 5G infrastructure since 2019 when companies started to build out their 5G networks.

"In 2020, investment in 5G infrastructure increased as the need for data access became more acute, particularly in China," added Oron, who is expecting in the near future growth in high-performance computing servers, base stations, end-user equipment as well as high end, advanced screens. "5G smartphones and smart devices will require advanced electronics. The more advanced the electronics, the more advanced the manufacturing process needs to be. This is Orbotech's specialty."