Shira Greenberg, the chief economist at the Israeli Ministry of Finance, spoke at Calcalist’s online conference on Israeli exports during the Covid-19 era

TAGS:
The normalization agreement between Israel and the United Arab Emirates (UAE) has vast potential for exports, according to Shira Greenberg, the chief economist at the Israeli Ministry of Finance. Greenberg spoke with Calcalist reporter Omri Milman as part of Calcalist’s online conference on Israeli exports during the coronavirus (Covid-19) era. 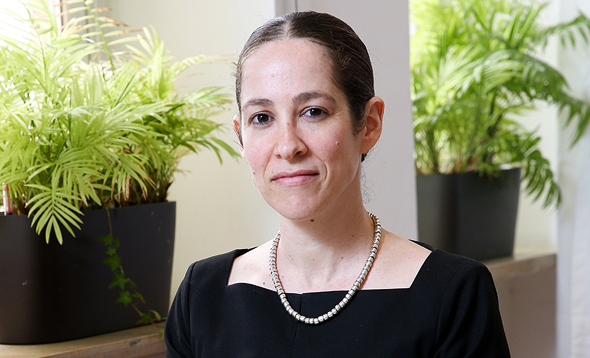 Shira Greenberg. Photo: Alex Kolomoiski
"Like Israel, the UAE is also transitioning from a manufacturing industry to a service-oriented industry,” Greenberg said. “The UAE is definitely an attractive destination for Israel,” she said, also mentioning the potential for Emirati investments in Israel. “We are still crunching the numbers and we will publish them in the next few days,” Greenberg said, adding that the potential trade between Israel and the UAE exceeds a previous estimate of $500 million by the Israeli Ministry of Economy.
Related Stories:
Referring to the coronavirus crisis’ impact on exports, Greenberg said the global trade forecast plunged due to the crisis as demand for products went down, which naturally affected Israeli goods exports as well. However, according to the second-quarter data, Greenberg said, the export of services—such as software—is on a rise.

“Effectively, some companies are benefiting from the crisis,” Greenberg said, naming the accelerated adoption of technologies and remote work as a possible cause. It is important to distinguish between services and goods because the traditional industry did suffer a major blow, she added.

According to Greenberg, the transition towards services started long before Covid-19 and is happening in every developed country in the world. “In Israel, it is happening in full force because of its relative advantage in the tech industry,” she said. About half of Israel’s exports are services and over 50% of them are tech exports, she said.

In addition, Greenberg said, a real revaluation of the shekel, which took place in the decade before Covid-19, significantly reduced the Israeli industry’s ability to compete. The Israeli government has taken steps to reduce regulation to make the local industry more competitive, she added.

“We expect the second half of the year, assuming there won’t be a second massive pandemic wave, to bring a swift recovery for Israeli exports as well,” she said.

Referring to criticism claiming exporters receive benefits at the expense of the local industry, Greenberg said the state attempts to help all companies regardless of whether they export to other countries or not. Tax benefits for exporters are in accordance with global taxation policies and the OECD, she said.

Tech experts agree: Covid-19 created growth opportunities for those who were quick to adapt