Speaking to CTech, SenseIT CEO Tamar Shapira says mere compliance is not enough, companies are missing out on millions

TAGS:
Israel-based SenseIT hopes to help companies make their websites more accessible to people with disabilities with its new platform designed for large organizations. The startup, which has just completed its 13-week course at the Techstars accelerator program, offers a tool that can easily integrate within existing sites and coding setups to ensure that a company offers a fully accessible website.

“If you can’t use a mouse you can’t use a website,” explains co-founder and CEO Tamar Shapira. “If they’re not coded correctly, there is a problem.” According to Shapira, 20% of people worldwide suffer from a disability - and 78% of those say that it impacts their internet experience. Shapira told CTech that her personal motivation for starting the company came when her sister’s best friend suddenly became a paraplegic - and she saw him lose all ability to search online without assistance. 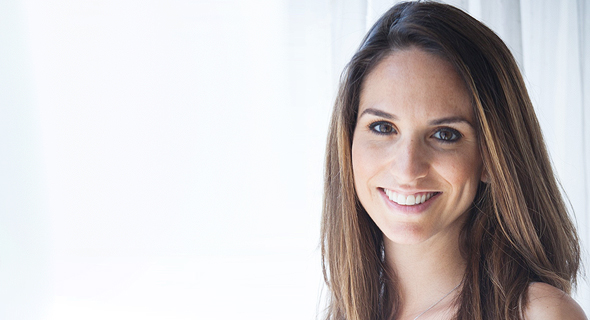 SenseIT Co-Founder and CEO Tamar Shapira. Photo: SenseIT
The problem of web-based accessibility became more prominent in 2017 when a blind man in the United States sued Domino's Pizza for being unable to order a pizza online. The case went all the way to the Supreme Court and ultimately became an example for organizations to make sure they are accessible to millions around the world. The laws currently in place to make sure companies are compliant with accessibility features appear to be an afterthought and not a priority. “It’s a law and so companies need to abide by it - companies are already compliant,” Shapira continued. “But I can show you a ‘compliant’ website which isn’t usable because the functionality wasn’t tested. You can run a test and say you’re compliant. Well, ok: do you want to be compliant or do you want to gain more customers?”

For Shapira, expanding access to those who might not be able to use websites in their current form means helping everyone, not just those who are fully-abled or more likely to click to purchase something.

However, since web-accessibility is an afterthought for many companies, Shapira believes that the process to improve websites and reach compliance is “inefficient, costly, and time-consuming.” With SenseIT, the startup can take existing QA automated tests and transform them into web-accessibility tests within moments. The results, Shapira claims, will improve millions of lives and restore some of the revenue lost by frustrated customers.

SenseIT was created in 2018 but officially launched in 2019 by Shapira and her husband, Nadav Bernstein, who serves as CPO. The two of them believed in SenseIT so much that they both withheld salaries for 18 months to pursue their passion for the company. “There’s a spark inside an entrepreneur when they know something can happen, they make it happen,” Shapira told CTech. “I can’t even begin to tell you… that’s a whole book I can write.” Today, SenseIT already has two paying customers, including Israeli airline El Al, and plenty more in the pipeline. Since millions of companies were forced to operate virtually due to Covid-19, there’s never been a better time to re-invent a digital platform while people stay indoors for the foreseeable future. The company’s participation in Techstars Israel helped put them in front of investors and mentors that, hopefully, will carry the company into the future.