TAGS:
Researchers at Israel’s Ben-Gurion University of the Negev (BGU) have developed a new wearable device that can predict the onset of upcoming seizures. The device will be licensed for further development by NeuroHelp, a startup founded by BGN Technologies, which serves as the tech transfer company of BGU.

The device, called Epiness, uses machine learning algorithms to detect and predict upcoming seizures, sending a warning message directly to the user’s smartphone. It does this by monitoring EEG-based brain activity which causes epileptic fits, while filtering noise that is not related to such a risk. 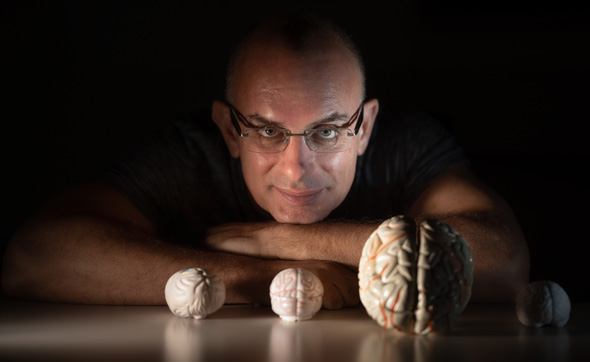 According to Dr. Shriki, NeuroHelp is already developing a prototype that will be assessed in clinical trials later this year. The algorithm has reached a 97% accuracy rate and is expected to help meet some of the unmet medical needs in identifying upcoming onsets.

Epilepsy is a chronic non-communicable disease that affects more than 65 million around the world. It is mostly characterized by seizures which can lead to loss of consciousness. They vary in frequency and can occur up to several times a day in severe cases.

BGN Technologies is the technology transfer company of Ben-Gurion University. To date, it has established more than 100 startups pertaining to biotech, hi-tech, and cleantech. Over the last 10 years, BNG Technologie has created long term partnerships such as PayPal, Deutsche Telekom, and Dell-EMC.