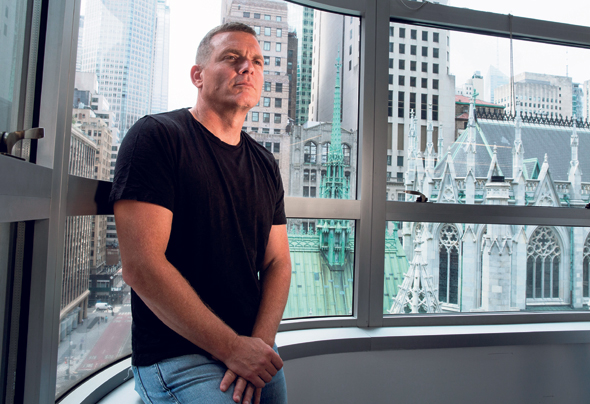 Nadav Zafrir founded cyber company-building venture group Team8 after serving as the Commander of Unit 8200, Israel's equivalent of the NSA. His success so far has been nothing short of remarkable.

Zafrir spent a considerable part of his childhood in Latin America (his father was a diplomat) and returned to Israel in 1988 to enlist in the IDF. He began his military service in elite secret combat units and was decorated with the Chief of Staff’s Citation before ultimately becoming the Commander of Unit 8200, the IDF’s well-known military intelligence unit that is recognized as one of the world’s best cyber academies. He founded Team8 in 2014 with Liran Grinberg and Israel Grimberg, who served as the Head of the Cyber Division in Unit 8200.

Team8 operates according to a unique model on the local scene. The group has a wide-ranging team whose job is to think about challenges and solutions in the fields of cybersecurity, AI, and Data, plus a group of investors and partners who serve as the “test group” that examines these ideas, referred to as the Team8 village. Initially, each idea is carefully researched and validated by a small team until it reaches the stage where it gets an initial investment from Team8 in exchange for 50% of the equity, considered to be a high rate for a seed investment. So far the group has had two exits, the first with Sygnia, which was acquired by Temasek in 2018 for $250 million and the second from earlier this month when Israeli startup Portshift Software Technologies Ltd. was acquired by Cisco.

"The entrepreneurs don’t work for us; rather, we work for them," Zafrir said in an interview with CTech last month. "When required, we will roll up our sleeves and try to go beyond advice and guidance; if there's a competitive hiring situation, for example, we’ll do whatever it takes to succeed in hiring and by doing so improve the overall probability of success. Ultimately, success requires that many stars align, and our goal is to help align the stars."