The role of private parties in enforcing copyrights and limiting speech through technical mechanisms is a center point of the new draft copyright proposal, reflecting the aforementioned copyright report and hearings, from earlier this week.

Many Israelis might be surprised to know that their American brethren have a unique celebratory tradition for this week. Jewish Americans, secular, and more recently religious too, customarily eat Chinese food on Christmas eve and Christmas day. It is a ritual that spans generations that likely began with a synergistic relationship between two communities that were initially on the periphery of the ubiquitous Christmas celebrations. Then Supreme Court Justice nominee Elena Kagen even found a way to include a reference to the practice in her Congressional confirmation testimony.

The unquestioned continuation of that tradition this year is especially significant as it signals how far we have come vis-à-vis our knowledge and understanding of Covid-19. A little less than a year ago, governments still felt compelled to tell their constituents that it was indeed safe to each Chinese food in light of the novel virus that had originated in Wuhan China. 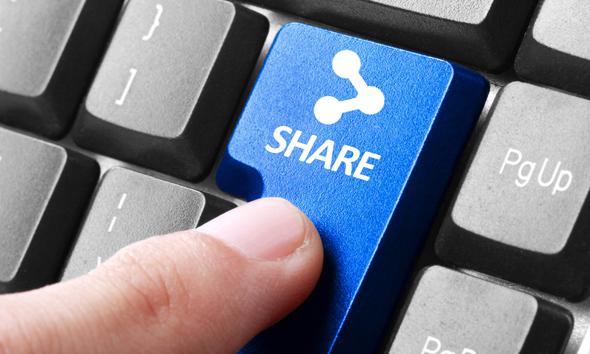 Governments are seeking new ways to regulate the sharing of information. Photo: Shutterstock

The incredible strides that we have made in our understanding of this virus culminated this past week with the initial inoculations of at least three vaccines that were developed in what initially seemed like an impossible timeframe.

While there are many contributing factors to this super-human feat, including dumb luck, the seeming removal of formally overbearing regulatory hurdles probably helped push the vaccines through the process significantly faster than is usually possible. Perhaps when the virus is behind us and society has moved on from this pandemic, there might be a grand reassessment of the pharmaceutical regulatory approval process and a determination if substantial updates can be made to continue to achieve these efficiencies even once the pressure of the virus is gone.

But we clearly haven’t fully appreciated the message yet. Governments are still creating additional hurdles for research, especially in how they are seeking new ways to regulate the sharing of information.

Hidden within the thousands of pages of the new $2.3 trillion appropriations bill that has just sailed through the U.S. Congress with the hopes of quickly distributing hundreds of billions of dollars in coronavirus relief, are a number of intellectual property laws that could have unintended consequences in this area.

One of those intellectual property rules is the Copyright Alternative in Small-Claims Enforcement (CASE) Act. Various iterations of this law have failed to pass legislative approval for years. Unfortunately, lawmakers took advantage of the current situation to force its passing by tying it into the gargantuan appropriations bill.

The new law would create a Copyright Claims Board wherein claim officers would be empowered to collect thousands of dollars in fines on behalf of copyright owners in a quasi-judicial setting. Supporters of the CASE Act suggest that it will provide a streamlined service for copyright holders to easily penalize those who illegally copy content. Those against the law see it primarily as an extra-judicial difficult-to-appeal tool for large media companies to punish individuals for simply doing what we all do online: sharing content.

Regardless of where you fall on the proposed law, it would seem injudicious to pass such a far-reaching law hidden in the bowels of must-pass legislation, especially if that intellectual property law can be used to suppress speech, which all copyright law inherently does to varying degrees.

The fact that the law will allow any content owner to easily threaten a $30,000 levy against a putative infringer will likely have a chilling effect on the sharing of information, for example, scientific data housed in copyrighted paywall protected research papers that have heretofore been shared amongst researchers in spite of the copyrights.

This is an unfortunate turn of events as overall, science has advanced substantially through joint international efforts and unprecedented sharing of data. Scientific achievements notwithstanding, it has been an especially bad year for the future of sharing of scientific and other information online. In June, the United States Copyright Office promulgated a report suggesting a regulatory trend to greater online censorship under the guise of protecting content creators. More recently, hearings on Capitol Hill focused on expanding the role of autonomous algorithms with questionable track records to filter content uploaded to various platforms to prevent supposed copyright violations.

This role of private parties in enforcing copyrights and limiting speech through technical mechanisms is a center point of the new draft copyright proposal, reflecting the aforementioned copyright report and hearings, from earlier this week.

The increasing focus on autonomous technical solutions to solve all the ills of copyright raises concerns not only in the area of copyright protection, but in all areas where we increasingly cede human insight and oversight to algorithms. As artificial intelligence becomes more prevalent in our society and AI algorithms find their way into all aspects of our lives, we need to be increasingly cognizant of the tradeoffs we may be making in the area of civil rights and human rights. This is no longer simply an academic question, and the issues will only become more impending across all industries. Its time for all of us to become experts in this area. There are now opportunities to become that expert.