Where did the money go?

What brought the “capital of innovation in the Middle East” to scramble where it should have thrived?

It has been a year since Israel started looking for solutions regarding stimulus packages as well as other monetary packages for the public. Whether salaried workers or independent contractors, everyone suffered heavily due to the pandemic. It has been a year since Israel’s government has received harsh criticism from many regarding their inability to transfer the money differentially, smoothly, quickly and efficiently, like other western countries have successfully done. One criticism that is often heard, and rightfully so, is “how can it be that the world’s hub of start-up companies and technologies can’t win over the bureaucracy?!” - This question has more than one answer, along with what I am proposing here. 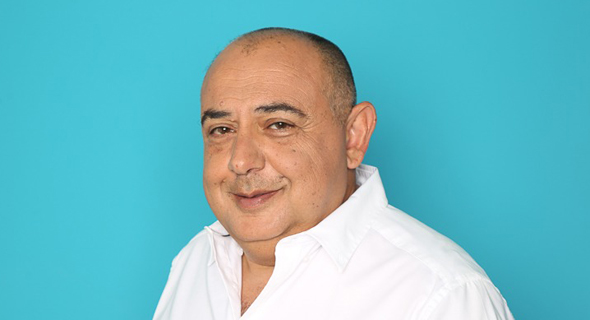 CEO and Founder of aQurate Yossi Rodrick. Photo: PR
First, let us simplify the challenge, step by step; how can the leaders of the country determine the several criteria by which the stimulus packages will be most beneficial to the majority of the public? The matter depends on the data - important and helpful information; which could supply us with the needed sought out insights. Israel is excellent at gathering data, and the data exists, yet surprisingly processing this data into insights is the weak link in the chain. Processing, validation, betterment, and critical cross-checking are difficult tasks. In fact, preparing the data for analysis is often the longest phase in any analytical project, consuming around 80 percent of the time invested. When the base is shaky - there is no way to build towers upon it. In order to deal with the processing of data that comes from several sources:, from many relevant institutions to the stimulus operation (income tax, social security, the tax authorities etc.), a computerized system exists that has the sole purpose of cataloguing, checking and bettering the data. We are referring to software and computer services that are run by data analysts, programmers and several other people who are specifically trained in this area. These systems are the “back-office” of each institution, especially and companies, especially those that deal with astronomical numbers of clients, or not to mention the entire Israeli public. A system of this kind could offer a wide range of possibilities in order to find the populations that need the stimulus packages the most. These options could be passed on to the institutions that distribute the money (social security, income tax etc.) and thus the stimulus mechanism could have been more efficient and precise. A system like this would have simplified the decision-making process and would refute the claim that the stimulus mechanism is political - rather it would be based on facts. The problem is - this system doesn’t operate in Israel. When it comes to dealing with data and information, the needs of Israel are not different from those of the rest of the Western world. Precisely here, our country invests a substantial amount of resources in order to manage the data bases and ensure their safety, as we have witnessed lately in a variety of occasions. While governments of Western world make sure they heavily invest in software as well as advanced and new services alongside building data warehouses in new platforms (Big Data). In Israel, as we have seen, the systems are too old-fashioned, limited and mainly unsynchronized between one another. Therefore, they don’t allow the government and the treasury to execute their financial plans effectively, and that is why - in a nerve-racking manner - the money is distributed to the wrong places. This claim was demonstrated - in the act of July of 2020 when the Knesset passed the “stimulus for every citizen” law in order to deal with the financial crisis caused by the Covid-19 pandemic. This law states that every Israeli citizen over the age of 18 - whether they are rich, poor, employed or unemployed, received at least 750 NIS from social security in order to “stimulate the economy”. Much was spoken of the difference between the financial statuses of individuals amongst the public which is why it doesn’t make sense to distribute an equal package to all. If there was a large and advanced database which, above all would be synchronized with social security and income tax alongside other stimulus distribution mechanisms, they could have analyzed the data, create a variety of options and according to mathematical calculations, reach a preferable outcome as well as a differentiated distribution of the stimulus packages - according to the financial status of the citizen, the number of children they have, the number of properties they have etc. Since our systems are outdated and conducting these calculations would take time and wouldn’t necessarily avoid mistakes, the decision makers chose to distribute the packages indiscriminately and without a precise analysis of the data - in order to better the outcome for the public as well as the Israeli economy.
Related Stories:

We have to understand that such technologies exist and there are products that can support enormous amounts of data, catalogue and analyze it in order for them to be useful for researchers, analysts and decision makers for the betterment of the economy and the general public. I believe that once we will have an accurate, available and new database, the lawmaker will need to use system analysts in order to promise that the law they pass will indeed serve all the citizens of the country.

Yossi Rodrick is a Big Data expert, the CEO and Founder of aQurate from the UCL Group.