How do you bring female intuition to artificial intelligence and why will working from home set women back decades?

CTech Daily Rounup: The inflation of unicorns is not all bad for the Israeli economy

TAGS:
The inflation of unicorns is not all bad for the Israeli economy. Capital invested is far more significant than lofty valuations. The new millionaires will reignite the economy, but also widen socio-economic gaps. Read more

Interview | The American company helping Israeli startups scale-up to the next level. Aerospike boosts the performances of the databases of Israeli tech giants such as AppsFlyer, IronSource, and Playtika, and is now eyeing the next generation of local startups. Read more 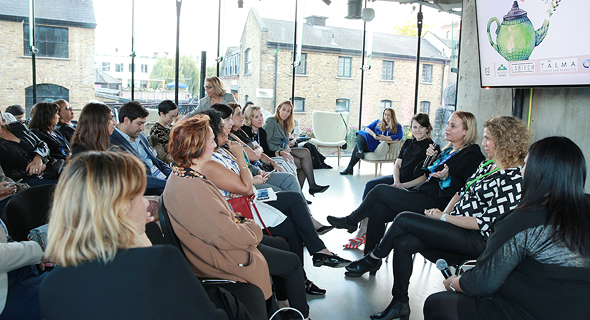 Last chance for early-stage startups to apply to SigmaFintech course. The course is organized by Sarona Partners, SigmaLabs, and Max. Read more

Amnon Shashua’s Digital Bank initiates operations in pilot mode. The program will be expanded during the third quarter of 2021, and be available to the general public by the end of the year. Read more

SaNOtize to seek emergency approval for its Covid-19-fighting nasal spray. The drugmaker has completed a Phase 2 clinical trial in the UK, Israeli CEO says treatment can help vaccines defeat the pandemic. Read more

Interview | The startup that began in a bus ride is revolutionizing the debugging industry. Lightrun’s technology is used to improve companies’ development ecosystem and allows programmers to gather data on live applications and debug the code in real time. Read more

Employer Branding | How did EX.CO reinvent itself during Covid-19? EX.CO thought it would be hard enough to attract top talent after a rebrand. Then came the pandemic, too. Read more

Interview | Working from home will set women back decades, says Amdocs CFO. “At Amdocs, I’m no longer the only woman in the room,” said Tamar Rapaport-Dagim, but predicts that working remotely during the pandemic will harm women in the long run. Read more

NFT sells for $69 million ushering in a new era of art history. From a gif of a flying cat to massive auction bids on Christie’s, art on the blockchain is changing the meaning of ownership. Read more

Amsalem Tours Group launches ABT Cellular, an eSIM solution for overseas travelers. The eSIM technology can be uploaded through a QR code and function in 200 countries around the world. Read more