The Hod Hasharon-headquartered company is in advanced talks to go public in the U.S. and has hired Bank of America to lead the offering

TAGS:
Israel-based automotive chip company Valens Semiconductor Ltd. is in advanced negotiations to go public via a merger with a SPAC (special purpose acquisition company). Calcalist has learned that the merged company is set to be valued at between $1 billion and $1.2 billion. Valens has hired the services of Bank of America to lead the merger, the negotiations for which began three months ago.

Based in Hod Hasharon in central Israel, Valens was founded in 2006 and manufactures semiconductor products for the delivery of uncompressed HD multimedia content for the automotive, industrial, and consumer electronics markets. The company has raised $167 million to date from investors including Goldman Sachs, Samsung, and Oppenheimer Asset Management. Valens currently employs a team of 300 people in Israel, the U.S., Germany, Japan, South Korea, China, and Taiwan.

Valens is set to join a long list of Israeli companies who are already in the process of going public via a SPAC, including ironSource, eToro, StoreDot and Cellebrite. 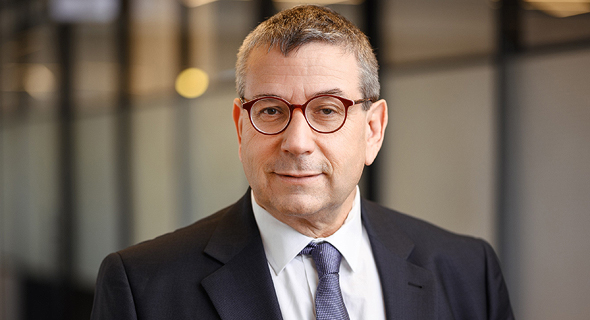 Valens CEO Gideon Ben Zvi. Photo: Doron Letzter
Valens has annual revenue in the tens of millions of dollars and is expecting to reach hundreds of millions in sales from existing projects. Its balance sheet is believed to currently be at $100 million. Valens was divided into two main divisions in 2015, Valens Automotive and Valens Audio-Video, which is focused on solutions for the rest of the sectors. The company announced last year that it has partnered with Aptiv to develop its Smart Vehicle Architecture (SVA) platform, which reduces the number of connections and individual devices within vehicles with a centralized, shared architecture, leading to increased flexibility and redundancy, and reducing total system costs.

Valens Automotive has worked with many of the industry's leading players, including DENSO, Mitsubishi Electric, Qualcomm Technologies (a subsidiary of Qualcomm Incorporated), STMicroelectronics, Brose, Western Digital, Tektronix, TSN, and NVIDIA.

Valens founder Dror Jerushalmi announced last February in an email to employees that he is stepping down from his role as CEO, which he held since the company’s founding, due to personal reasons effective immediately. Venture capitalist Gideon Ben Zvi, who was a member of Valens’ board, was selected to succeed Jerushalmi. Last April, the company announced the appointment of Peter Mertens, the former head of research and development at Swedish automotive company Volvo Group and former technical development chief at German automaker Audi AG, as chairman.