The separation of family members as years go by is not a Covid-19 problem - although the pandemic and enforced social distancing guidelines certainly highlighted the issue and encouraged a slew of communicative solutions to combat loneliness. Zoog, which is a children’s videobook creation platform, has designed a tool to help connect grandparents with their grandchildren - a generation increasingly stuck in front of phones, screens, and monitors.

“(Kids) experience these video calls and it’s just so boring and repetitive,” explained Zoog’s co-founder and CEO, Yoav Oren. “It was the same questions of what they did, and it wasn’t interesting for them. They couldn’t handle the small talk and so it created a situation where everyone involved on these calls was frustrated.” 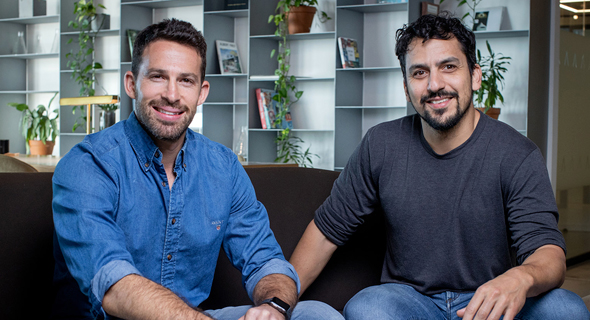 Zoog’s co-founders Yoav Oren and Matan Guttman. Photo: PR
Remembering how the world moved from in-person gathering to video-calling alternatives, Oren and his co-founder, Matan Guttman, who is CPTO, saw a gap that needed filling. “Our parents were frustrated because they’re used to having a meaningful connection with their grandkids and suddenly they weren’t able to relate to them on any level. Our kids were frustrated because we kept on shoving a phone in their face and they wanted to do something different with it.” Enter Zoog. The new storytelling format is designed to help children and their family members communicate across a variety of technological or generational gaps. Unlike other story apps that appeal to young people, Zoog is specifically designed for baby boomers - those aged between 55-77 - to create content that their young grandkids would enjoy. Users can record themselves reciting a story directly in the app and then send it to the mobile device of anyone in their phonebook. Since it is delivered via an SMS or message link, recipients are not required to download the app to view the message. “One of the nice things about developing a consumer product for this generation is that there are not a lot of people developing products for baby boomers,” Oren said. “Everyone is developing for Gen Z, or Gen Y, and a lot of the time we’ve seen that this generation adapts to the technology. One of the biggest growing sectors on Facebook right now is baby boomers. No one developed Facebook for baby boomers.” To make sure Zoog was easy to use, Oren and Guttman tested the platform with 50 families. With weekly meetings, the co-founders would speak to users directly and get feedback on how to make the platform easy to use, regardless of users’ age or technology capabilities.
Related Stories:

“One of the things we had in mind was that we wanted to build something that was empowering for this generation,” said Guttman. “If you’re over 40, you cannot use Snapchat or Instagram. When you show them, they find it exciting and they want to do it, but usually, they don’t know how to do it. When you build a product specifically for them, and for their needs, they’re super appreciative.”

“We made baby boomers, for the first time, into content creators,” Oren added. So far, Zoog is being used by “thousands” of users and its launch was in collaboration with the Atlanta school system. Already it is garnering attention from not only appreciative families but also education departments and publishers who seek its technology to help bridge gaps and improve educational facilities. 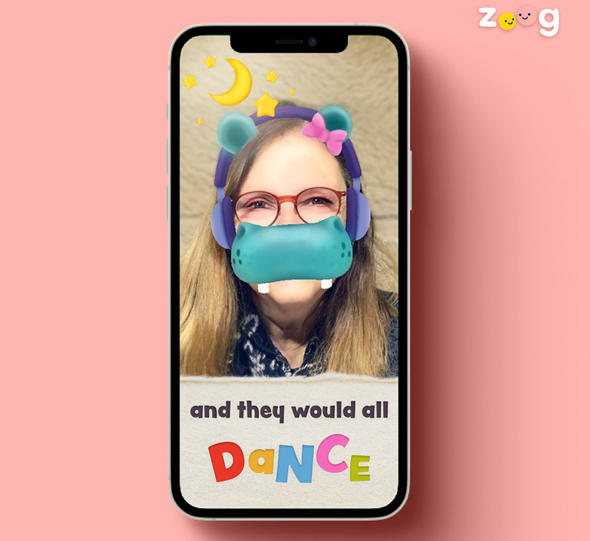 An example of Zoog in action. Photo: PR
As it grows, so too must the number of stories that can be told and shared on the platform. There is already access to 30 titles that users can choose from, and the pair admit they are focussing on “the classics, like Grimm brothers, fairytales, biblical stories” by converting them into this new form of communication and media. Eventually, its team will expand and hire full-time writers and storytellers to create new tales that are designed specifically for its platform. Extending the communication tools between grandparents and their grandchildren was a solution born out of the pandemic, but it certainly isn’t a short-term one. According to Zoog, in the U.S today there are 70 million grandparents, the vast majority of who see their grandkids twice a year even before Covid-19. “We saw the problem was growing and that it was going to stay post-pandemic,” said Oren. Zoog has already raised $600,000 in a pre-seed round from three VCs: Reimagine Ventures, Joy Ventures, and The Zell Early-Stage Fund. In the next few months, the team is trying to raise a seed round to build on its initial success of helping those of advanced age create and communicate with their younger internet counterparts.