"We are grateful for this opportunity to collaborate with Additive Manufacturing industry leaders and add layers of intelligence and automation to help engineers realize the full potential of AM,” said Omer Blaier, CASTOR’s founder and CEO. “The investment will allow us to grow, and further address the needs of large enterprises.” 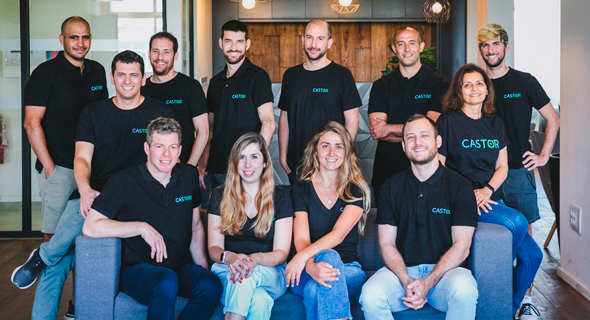 The CASTOR team. Photo: Adi Eckstein
CASTOR’s platform helps manufacturers analyze thousands of CAD files to assess which parts are suitable for additive manufacturing. It is available on-prem or via the cloud and identifies which parts are technically and economically suitable for 3D printing by carrying out geometric analyses, identifying redesign opportunities, and simulating the likelihood of failure. "We are excited to accompany and support Castor since the company's first steps,” added Nimrod Cohen, Managing Partner at TAU Ventures. “Omer, Elad, and the team are succeeding in realizing their vision by selling their solution to some of the largest customers in the world. They are now gaining a significant indication of trust with Xerox having now joined the respected list of investors who support Castor. I am convinced that Castor is only at the beginning of realizing its potential and that it is heading for another leap forward."
Related Stories:

The company was founded in November 2017 by Blaier and Elad Schiller, who serves as its CTO. Over the last two years, a white label version of CASTOR has been implemented by industry leaders including Evonik and Nexa3D. Xerox was founded in 1906 and has almost 25,000 employees selling its print and digital document products in 160 countries.