The company also welcomes Dr. Diku Mandavia who has joined its Board of Directors.

TAGS:
DiA Imaging Analysis, an Israeli company that provides AI-driven ultrasound analysis to help clinicians with their procedures, has announced that it has completed a $14 million investment bringing its total amount to $25 million. Alchimia Ventures, Downing Ventures, ICON Fund, Philips, and XTX Ventures join existing investors participating in the round such as CE Ventures, Connecticut Innovations, Defta Partners, Mindset Ventures, and Dr. Shmuel Cabilly. "DiA continues to advance how ultrasound images are captured and analyzed, arming ultrasound users with the ability to make more accurate clinical assessments and ultimately provide better care to patients," said Hila Goldman Aslan, DiA's Co-Founder and CEO. "We are excited to see the enthusiasm from our growing investor base who see the potential for DiA's commercial success. We are ready and eager to take DiA to the next level by delivering our current and upcoming AI-powered ultrasound solutions to medical settings around the world." 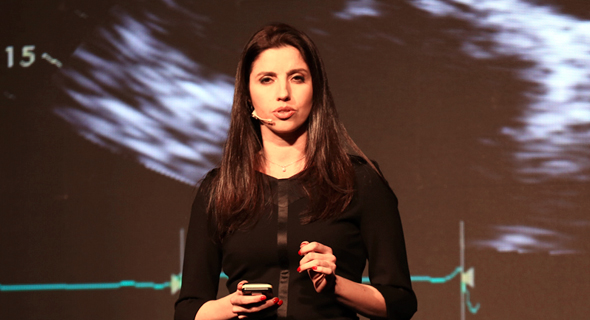 Hila Goldman Aslan, DiA's Co-Founder and CEO. Photo: DiA Imaging Analysis
DiA’s technology imitates the way that the human eye detects borders and motion, helping clinicians to capture the right ultrasound images and automatically spot abnormalities that might be otherwise too difficult to spot naturally. Its solution LVivi Toolbox is currently serving thousands of users in more than 20 countries and deployed on ultrasound devices and healthcare systems.

The additional funding will help the company to expand its portfolio of FDA-cleared and CE-marked solutions while it pursues new partnerships with ultrasound vendors. Alongside the announcement, DiA Imaging Analysis also announced the appointment of Dr. Diku Mandavia who has joined its Board of Directors.

“The use of AI to enable both the acquisition and analysis of images automatically is becoming an essential for ultrasound users - and DiA is leading the way,” said Dr. Mandavia. “With its growing AI-based portfolio and track record of commercial success, DiA has established itself as the most advanced AI ultrasound company in the healthcare industry today.”

DiA Imaging Analysis was founded in 2009 by Goldman Aslan and Michal Yaacobi alongside Noah Liel-Cohen and Arnon Toussia Cohen, both of whom serve as active board members.Its vendor-neutral LVivo AI solutions use image processing, machine learning, and deep neural network algorithms to detect clinical parameters and abnormalities in ultrasound images. To date, the company has partnered with technology providers and distributors including IBM Watson, GE Healthcare, Konica Minolta, Philips, and others.