TAGS:
Intel has today launched the 12th Gen Intel® Core™ Processors, better known as Alder Laker processors, which include what it is calling the best gaming processor, the Core i9 12900K. The announcement is being hailed by the company as its most ambitious project in the last decade, with the entire processor lineup being developed over three years by 1,000 Israelis alongside other development teams around the world. "We are confident Alder Like will feature prominently in the computing market as hundreds of millions of people choose it for their systems over the coming years,” said Ran Berenson¸ VP at Intel Core & Client Development Group who oversees a total of 2,000 engineers. “Alder Lake represents Israel's largest-ever chip hardware development project. We expect it to sell in the largest quantities, more than any other 'Blue & White' product launched to date. Today's launch includes the first desktop processors in the lineup. We will follow with Alder Lake processors for laptops and business users. I am immensely proud of all Intel Israel's development groups that participated in this extraordinary project. With Intel dominating 80% of the global computer market, it is thrilling to see the processors developed in Israel sustaining, even reinforcing this trend.” 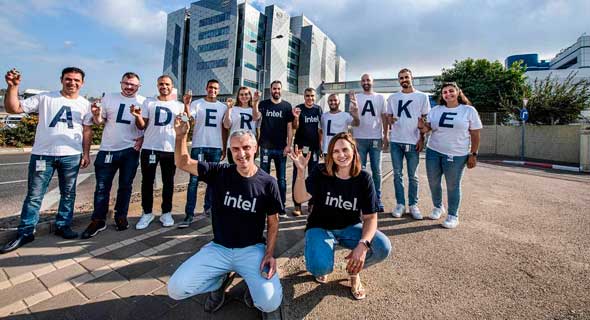 The Alder Lake Intel team. Photo: Ohad Falik.
The Alder Lake processors were designed for Windows, Linux, and Chrome operating systems, which according to Marketshare account for 91% of the global PC market. The new Gen Core processor family is said to include the world’s best gaming processor, which will provide a maximum turbo speed of up to 5.2 GHz and comes with up to 16 cores and 24 threads while featuring the Intel Killer Wi-Fi 6W. To put it simply: it allows users to run computer games 20% faster than Intel's previous flagship processor, the Rocket Lake, launched earlier this year.
Related Stories:

"On top of providing the foremost performance ever designed by Intel, Alder Lake's Performance Cores also represent the largest performance leap in over a decade," added Adi Yoaz, Core CPU Chief Architect at Intel Israel. "The smaller cores, too, provide significant value to users as they assume responsibility for the computing tasks running in the background (such as scanning for viruses) while the performance cores direct their attention to heavy application workloads (such as graphics-intensive games). In this way, the smaller cores help the user perform several tasks simultaneously, saving the stronger cores needed to participate in every computing task."

Alongside the announcement made at Intel Innovation, the company also has revealed a new collaboration with Google where Google will use Intel’s Infrastructure Processing Unit (IPU) data center to meet more needs of developers by developing and optimizing Google’s center, too. It is understood that they will replace processors freed for dedicated processing tasks, meaning that Google will be the first company to use the new chip. Intel expects to sell ‘hundreds of thousands’ of desktop 12th Gen Intel Core processors by the end of 2021, the largest number of processors ever sold in a single quarter. The number is expected to reach 2 million by March 2022, since Alder Lake laptop processors are scheduled for launch early next year.

The news comes months after it was announced that Intel would invest another $600 million in Israel to expand its R&D centers and $10 billion on a new chip plant. In recent years, Intel has bought three Israeli tech companies - Mobileye in 2017 for more than $15 billion, artificial intelligence chipmaker Habana in 2019 for $2 billion, and Moovit a year ago for $1 billion. Today, Intel is Israel’s largest tech industry employer with roughly 14,000 workers. 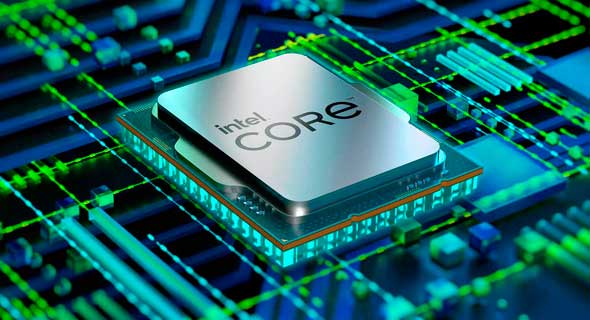