Since the beginning of the year, some 86 Israeli tech companies have been bought, contributing to the fact that so far in 2021 local tech has generated no less than $40 billion, with private funding rounds creating 28 new unicorns and 20 firms going public on Wall Street

The $10 billion that escaped under the radar. That is one way of describing the impressive sum that has streamed into Israel, with little fanfare, due to the acquisitions of Israeli tech companies since the start of 2021. Most of the attention over the past year has gone to the Israeli unicorns going public on Wall Street, with massive funding rounds also drawing plenty of headlines. However, the classic exits have been overshadowed, even though 2021 has already broken a record with two months still remaining in the year. Although there hasn't been any dramatic deal of the likes of the sale of Mobileye or Mellanox, acquisitions of Israeli companies in the first nine months of year have reached $9.5 billion, according to data collected by accounting firm PwC Israel seen by Calcalist.

Since the beginning of the year, some 86 Israeli companies have been sold, compared to 67 for $7.7 billion in 2019 and 52 for $4 billion in 2018. In 2020, there were only 41 such deals completed for a total sum of $6.1 billion. The main reason for that was that the M&A market came to a grinding halt due to the outbreak of the Covid-19 pandemic and the difficulties this created in the due diligence process.

The relative silence in which these deals have been completed in 2021, unlike the mega IPOs and funding rounds, is largely due to the fact that most of the acquisitions were either small or medium sized. The biggest exit of the year to date was the sale of MyHeritage to Francisco Partners for $600 million back in February. In most cases, the companies being acquired were founded only several years ago, had yet to reach significant sales, and received an offer they couldn't refuse. One such example was the acquisition of cybersecurity company Bridgecrew, founded in 2019, by Palo Alto for $200 million. Cloud startup Epsagon, bought by Cisco for $500 million in August, was only founded in 2018.

Especially interesting in this year's list of M&As is the fact that in a third of the deals the acquiring company was also Israeli. In fact, Israeli companies passed European companies in their number of acquisitions of Israeli startups, completing 26 deals, compared to just 10 by companies from the old continent. In 2019, Israeli companies were responsible for the purchase of just 11 blue-and-white firms, with that number dropping to just seven in 2018. Another notable trend is the growing involvement of Japanese companies in the local tech ecosystem. Israel's Celeno was acquired by Japan's Renesas for $315 million just last week, with Japan's influence also being felt in the funding market with the likes of SoftBank, as well as in the employment market with NTT establishing an R&D center in Israel. 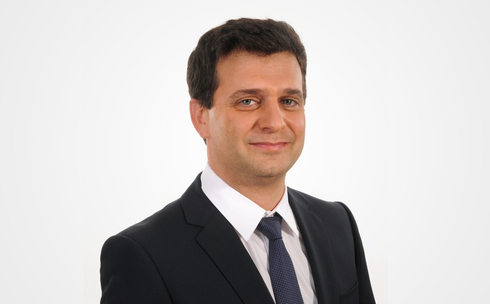 Nevertheless, the vast majority of deals are still being done by U.S. companies, who acquired 40 Israeli startups in 2021 compared to 26 throughout all of 2020. This is often a case of semantics though, with Palo Alto, founded by Israeli Nir Zuk who has also returned to live in Israel, being counted as an American company. The acquisitions made by Palo Alto in Israel have resulted in its local R&D center mushrooming and employing many hundreds of workers.

The final two months of the year will likely also feature some deals, meaning the $10 billion barrier could well be broken. This sum, a significant part of which doesn't actually enter Israel but rather goes to foreign investors in Israeli startups, joins the many billions that have flooded the local market thanks to tech over the past year. Since the start of 2021, Israeli companies have raised around $11 billion in 20 Wall Street IPOs, with startups raising more than $20 billion in total over the same period. This means that so far this year Israeli technology companies have generated no less than $40 billion, with private funding rounds creating 28 new unicorns.

"Every year we prepare an M&A report that also includes IPOs completed abroad, but the figures were so large this year that we had to separate the different fields," Yaron Weizenbluth, Partner and Head of High-Tech Cluster at PwC Israel, told Calcalist. Weizenbluth believes that the mammoth figure of deals completed and the total sum of those deals isn't just the result of the lack of deals in 2020, but rather that this is a trend that will continue into 2022 and even 2023. "It is true that the past year has been great for the M&A market, but 2021 isn't going to be considered a one-off. There is huge money flowing into the market and part of it is reaching Israel.

"The money entering the country is like a tsunami,” added Weizenbluth. “Even if there will be fewer Israeli IPOs on Wall Street, and that is what we are estimating, there is still enough money from funding rounds like the one completed by Transmit Security ($543 million) or Cato Networks ($200 million) recently for these companies to make acquisitions. Israeli tech is coming full circle."