Israeli startup BigPanda, which develops an AIOps event correlation and automation platform, has raised $190 million at a $1.2 billion valuation. The funds were raised in two rounds that took place within a month-and-a-half in the fourth quarter of last year. Investors also acquired shares at a total value of tens of millions of dollars from veteran employees and investors.

“Both rounds took place during the fourth quarter of last year,” BigPanda CEO and co-founder Assaf Resnick told Calcalist. “We raised $70 million in a round led by Insight Partners and after a month-and-a-half raised another $120 million led by Advent.”

Advent International, through its dedicated technology fund, and New York-based global venture capital and private equity firm Insight Partners, were joined in the round by other existing investors, including Sequoia Capital, Mayfield, Battery Ventures, Glynn Capital, Mayfield, Greenfield Partners and Pelion. Eric Noeth, partner at Advent, will join BigPanda’s board of directors, and Sanjay Poonen, formerly President of SAP and COO of VMware, will join as a strategic advisor. 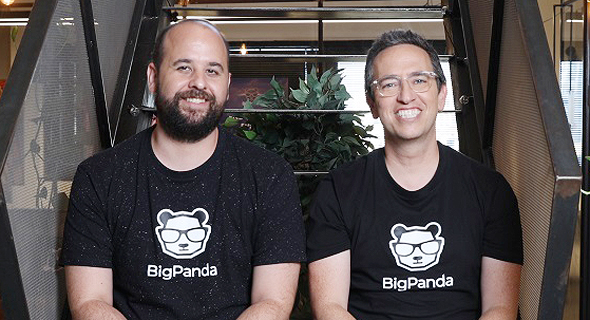 “After our fourth funding round there were many investors that were disappointed at not being included and we understood that with the great success of our platform it would be a very good idea to conduct another round with those investors. So we went on another round at a $1.2 billion valuation,” Resnick explained.

BigPanda was founded by Resnick and Elik Eizenberg and provides an AIOps Event Correlation and Automation platform that enables IT Operations teams to automate incident management. The hybrid cloud infrastructure powering the digital economy is rapidly growing in scale and complexity, causing an explosion of IT data that is overwhelming IT Ops teams. Organizations struggle with manual and reactive incident response processes that are badly suited for the scale, complexity and velocity of modern IT environments. BigPanda’s AIOps platform transforms huge volumes of IT data into actionable insight and automation.
Related articles:

The company said its sales in 2021 (net new ARR) grew by 155% on a year-over-year basis, with gross dollar retention being 97% on a last-12-months basis. Net dollar retention was 122% on a last-12-months basis, driven by Fortune 2000 customers rapidly increasing their usage of BigPanda across their entire global footprint. Q4 2021 set new records for the number of new customers added in a single quarter, and the company has nearly doubled its customer base since 2019.

“The fourth quarter was our best yet. We haven’t reached $100 million in annual sales but we do sell in the tens of millions,” noted Resnick. “This is going to be a very strong year for us. We are building a company that is going to control the market.”