Following the sharp fall in the Nasdaq, growth rate is still an important parameter, but it's not everything. Investors are keeping a keen eye on the rate of cash burning to see if companies behave like thrifty camels rather than cash-thirsty unicorns

TAGS:
A camel is able to survive for almost a week without food or drink. Although a camel will lose 25% of its body mass during that time, its basic functions will not be impaired. A horse, on the other hand, is made up of 60% water and is therefore unable to survive without drinking for more than a day or two. On a cold day, a horse weighing half a ton will need 25 liters of water, and on a hot day even 75 liters. So what do horses and camels have to do with the capital market? Translate those gallons of water into dollars, and the weight of the horse and camel into the number of employees and rental costs of a company, and you’ll find the unicorns who need a steady flow of money, as opposed to the camels, which are able to survive without a constant flow of external resources. In the reporting season that has already begun on Wall Street, and reached Israeli companies traded in New York this week, investors will actually look for the camels and less for the unicorns. 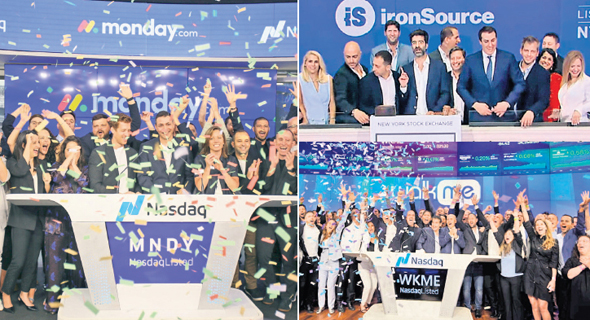 The first to publish their results will be the veteran Israeli "camels": Amdocs and Audiocodes, which reported on Tuesday, and Check Point, which will be reported on Thursday. The newer companies will join next week, with JFrog and Taboola publishing reports on February 10th. After the sharp fall in the Nasdaq in the past two months, the growth rate is still of course an important parameter, but now investors will want to delve a little deeper into the structure of companies' expenses and the pace of cash burning. Or in other words, to see if they have the traits of a camel, and not just of the cash-hungry unicorn in order to grow.

A volatile month requiring nerves of steel More than ever, there will be a huge weight to forecasts for 2022, which opened with a great challenge of a renewed Coronavirus wave, further disruption of supply chains and high inflation hovering above it all. The Oppenheimer Investment Bank stated earlier this week that in contrast to the regular reporting seasons, many Israeli technology companies have not yet announced the dates of the publication of the financial results, against the background of an increase in external risks that raises the level of uncertainty. Oppenheimer also notes that the fourth quarter financial reports and forecasts for 2022 will have a particularly high weight this time in determining the direction of trading of the Wall Street indices, which are experiencing another tumultuous and volatile week, providing a full-month closing chord that demanded nerves of steel from investors. Israeli companies are expected to show growth in the fourth quarter, but a fast pace as demanded by the market in 2021, of 100% and more, is expected only in the revenues of SentintelOne and Lemonade, and this of course at a deep loss. The term "camel" was first coined by Alex Lazarov, a venture capitalist and academic who previously worked alongside Eileen Lee, a partner in a venture capital fund that coined the term "unicorn" in 2013. The article in which he conceived the concept was published by Lazarov in March 2020, initially as a disguised critique of Silicon Valley, which feeds its startups with accessible funding, and does not challenge them as happens to startups in other parts of the world, whose access to funding is more limited. Lazarov also argued, in a book on the subject he published later, that because of the availability of funding in Silicon Valley, entrepreneurs are developing products that venture capital funds are looking for in companies at the time, and not necessarily to solve an acute problem. They also say in advance to those funds: in the next decade we won’t have any revenue, and we will have to carry out many fundraising rounds. But because of the timing of the current global pandemic on the high-tech industry, the article received a different interpretation and won much praise. "The 'growth at all costs' methodology, at which Silicon Valley players excel, works only in the strongest bullish markets and under the most optimal conditions," Lazarov wrote in 2020. By the way, being called a camel these days is not an insult, with "camels" being some of the giants of today, including major players from Amazon to Zoom.

"Investors are still looking for the top line, but things are beginning to change in favor of companies that can live longer on the money raised," Avihai Michaeli, a strategic advisor to high-tech companies who serves as an investor observer on several startup boards, told Calcalist. "The boards want to see new plans ready so that the marked roadmap will be spread not over a year and a half or two years, but over three and even four years, so that the money will last till then. There is a willingness to grow more slowly, without developing new products, but focusing on selling the product that already exists and increasing revenue from it. We are not talking about layoffs, because there is a need for marketing and sales people to push the products that have already been developed, and no one wants to fire the development people because it is very difficult to recruit them.

"The process of transferring them to the development of additional features and condensing existing products at the expense of developing completely new products is beginning," Michaeli says. "Right now everything is still in contingency plans, and the situation can be likened to troops stationed on the front, but there is still no order to go into battle." These words echo the recent statements of senior members of the local ecosystem, from senior figures in the cyber industry Shlomo Kramer and Nir Zuk, who estimated that 2022 will be very different in the markets and as a result in capital raising capabilities in the public and private market from 2021, to Avi Eyal, co-founder of venture capital fund Entrée Capital, who in a tweet suggested that companies cut spending so that the money in their coffers would last till 2024. The fall in the levels of multipliers that the technology companies have undergone in the stock market in the past month, and the re-adoption of value companies and not just growth companies by investors, are actually not bad for Israeli companies. These, just as Lazarov wrote in his original essay on camels, were born into a more difficult and demanding reality compared to American startups or Israeli unicorns born in 2021. The Israeli unicorn vintage issued last year is older, and it plays in their favor for two reasons. The first is that all Israeli technology companies - with the exception of Lemonade, Hippo or WIX - operate in the B2B market and not B2C, meaning they are not sold to end consumers, but to organizations. The business models of B2B companies tend to be more stable and more resilient to times of crisis.
Related articles:
The demands of the venture capital funds in Israel "When the local unicorn trend started, foreign funds began to ask me more and more how it is possible that there are so many of them in Israel, and the explanation lies in the demands of Israeli venture capital funds that demanded to see in earlier stages a working business model and significant income," explained Michaeli. "Companies that know how to finance growth from their cash flow, and not just from outside sources when they sell a dollar for 80 cents - these are the camels that have the ability to get through more difficult times in the market."