Shuly Galili, Co-founding Partner at UpWest, speaks to CTech about the changing roles of California and Startup Nation for Israeli companies

TAGS:
Two years have gone by since the start of the pandemic and techies all over the world are grappling with a changing world void of physical events, hubs, and centers that one day used to attract innovative minds from across the globe. For months, the tall towers of Tel Aviv stood proud but empty; Silicon Valley saw its self-driving cars steering no one but themselves. Today the world is starting to “get back to normal”, and yet our city centers still remain a shadow of what they once were. While the pandemic hit hard on the feeling of community - at least physically - 2021 showed the industry that minds were still hard at work fixing the world’s problems. “On an industry level, we've had record years in terms of investment, in terms of valuations, in terms of companies going public, and in terms of the growth of investments in Israel,” explained Shuly Galili, Co-founding Partner at UpWest speaking to CTech from San Francisco, California. Last month, CTech reported that 2021’s total funding in Israeli startups reached a new peak of $27 billion - more than double the amount of 2020. Almost one-third of that, $8.1 billion, came in Q4 alone and half that amount was dedicated to ‘megarounds’, rounds valued at more than $100 million. 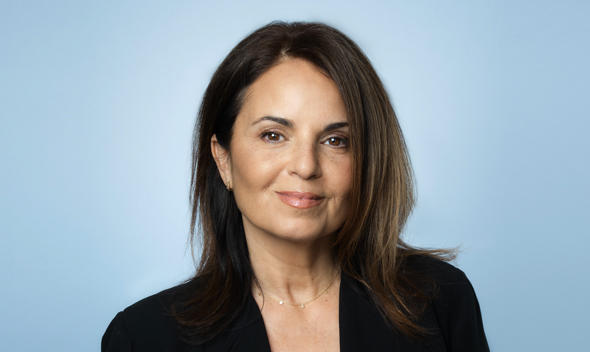 Shuly Galili, Co-founding Partner at UpWest. Photo: Brian Desimon
Since 2011 the VC firm has been helping Israeli founders at the early stage get the funding they need to set up shop in the United States. To date, the firm has written the first checks for more than 80 companies including SentinelOne (IPOed on the NYSE), CyberX (acquired by Microsoft), and HoneyBook. “I think it's been a really incredible two years for the industry and to see Israel continuing to lead and provide such amazing innovation and despite the challenge, continuously building category leaders in many areas. I think that's something that is great to see.” UpWest doesn’t play the game of megarounds. It prides itself in often writing “the first check” for companies looking for an initial boost in their research or product development. Last year, it closed its 4th fund of $70 million, designed to support Israeli founders at the Pre-Seed and Seed rounds and has seen success in its investments over the last few years despite a semi-closed playing ground. Galili and her team have invested in founders over Zoom and also spotted an upward trend in the size of the checks they are sending over telescreens. “If you look at some of our companies that raised Seed in 2012 and their team, their Seed was in the sizes of $1-2 million, and that’s considered a really healthy Seed. Today, we see really different pictures in that sense. Today we write checks at Pre-Seed to Seed, Seeds at $4-5 million range, where we write between $1-2 million.” A round this week led by State of Mind Ventures turned some heads when it was announced that Vee, a volunteering platform founded by a 22-year-old, walked away with a $12 million Seed round. Many expect that much of that will go towards competing in Israel’s ongoing talent crunch. “For many of them, I would say the race of hiring top talent is so intense that they have to really compete with so much around them that the cost of hiring people today for them is really high and therefore they come with the mindset that they all have to off-the-bat start with a pretty hefty Seed,” Galili said. So, tech is going well. It’s good news for those who persevered through Zoom calls or managed to pivot their businesses for a change in lifestyle. For UpWest, a firm that is set on bringing Israeli tech from one tech hub to another, a decimation of Valleys might have been detrimental when millions of techies decided to get up and depart from communities in exchange for more space or bigger living rooms to serve as television backdrops. “I think absolutely on a physical side, you definitely feel the lack of industry events and people still haven't gone back to the office here,” Galili said. “San Francisco is pretty much a ghost town.” The city’s population sat at around 874,000 as of 2020, and the number has likely dropped in recent months as those working from home realized they could get more bang for their buck if they moved to the suburbs and Zoomed into their meetings.
Related Stories:

America saw an exodus from cities ever since the arrival of Covid-19, followed by a slew of riots and protests that swarmed the centers in the summer of 2020. Populations on the East and West Coast of the United States are dropping and smaller hubs are picking up folks in different regions such as Texas, Arizona, and Florida - states that were a bit more laissez-faire with their restrictions. The move away from blue states towards red states was so profound that it has repopulated the electoral college map, possibly affecting national Presidential elections in the future.

“They left the city just like in New York to go to the suburbs. There are other issues that San Francisco is definitely facing, but in terms of Silicon Valley, I tend to think about it in a non-physical way - I think Silicon Valley is a state of mind, much more than it a physical place, because of how people were thinking when they came here to build companies like HP and Google. These have left a huge imprint on the way people think about innovation here.” In Israel, Tel Aviv has pretty much welcomed back employees into its office space, and yet its smaller towns on the periphery also look more attractive than ever. Hubs like Beer Sheva and the Kinneret have benefitted from a lack of long commutes and the ability to hire talent from anywhere in the country. Today, VCs are meeting with founders in different states, different countries, and even different continents to maintain their place in the Silicon Valley bubble - even if that bubble has momentarily slowed down. California Covid-19 cases continue to plummet and states have started reducing mandates and lockdowns in time for the 2022 midterm elections in November. Compared to Israel’s Startup Nation currently facing a newly formed office shortage, it was long overdue. “I spent a good amount of time in the summer in Israel for a few weeks, and then I was there in November coming back again in March,” Galili concluded. “I’ve had the different feel between there and here and it makes you think a lot about whether California could have gone back faster than they have. I don't know,” she concluded.