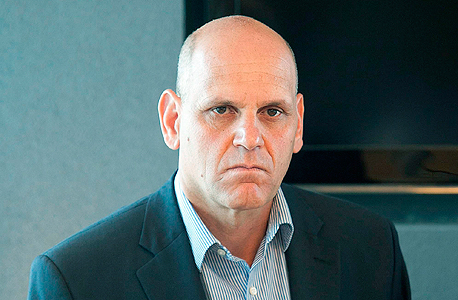 Elbit CEO Bezhalel Machlis. Photo: Orel Cohen
In protest of new bonus plan, Teva sued by Israeli employees. After announcing the cancellation of its annual bonuses for 2017 due to debt, the Israel-based drugmaker rolled out a performance-based bonus scheme for 2018 in February. In their suit, the employees claim that the cancellation goes against Teva’s collective agreement with its employees and negates a right that is anchored in every employee contract. Read more

Pursuit of social media virality undermines journalism, says Randi Zuckerberg. A keynote speaker at Calcalist’s Mind the Tech conference, Ms. Zuckerberg discussed Israeli startups, the media, and gender in tech in an interview on the sidelines of the event. Watch the video

Israeli regulator looking to ease regulations for ICOs. Anat Guetta, the newly appointed chairman of the Israel Securities Authority (ISA), is aiming to ease regulations for Israel-based companies that are looking to raise funding via initial coin offering (ICO). The ISA established a special committee to devise a regulatory policy for ICOs in late 2017, but its conclusions have not yet been made public due to the resignation of former Chairman Shmuel Hauser. Read more

Tel Aviv climbs to 9th place among priciest cities. Just five years ago, the Israeli tech hub was ranked 34th. Tel Aviv is also the second most expensive city in which to buy alcohol, according to a survey by the Economist Intelligence Unit. Read more

Biotech company Polypid aims to raise $75 million with Nasdaq IPO. Polypid is a clinical-stage company developing encapsulation technology for extended release, localized drug delivery. The company is aiming to raise $75 million on Nasdaq by offering 3.33 million ordinary shares at $21-$24, according to its prospectus. Read more