From Calvin Kleins to Pharmaceuticals: How Regulators Try to Keep the Kardashian SponCon Empire at Bay

While various regulatory bodies attempt to apply consumer protection principles to sponsored content, in many ways it is still the Wild West, writes researcher Dov Greenbaum

Last month, in an interview with CBS, Kris Jenner, matriarch of the Kardashian-Jenner clan, divulged some of the inner workings of her family’s SponCon empire. Sponsored Content or SponCon is an emerging multibillion-dollar growth industry wherein social media influencers are paid oftentimes-huge sums to promote products from cosmetics to cars via their social media accounts. Not divulging the exact sum, Jenner was only willing to say that her family commands at least six figures per sponsored post.

SponCon is the most recent iteration of the sometimes morally questionable area of native advertising—marketing deliberately designed to take the form of the associated platform. Dating back to the turn of the last century, native advertising has come in many flavors: It began as advertorials, advertisements with the look and feel of regular editorial content in newspapers and magazines; in the 1930s, soap companies sponsored serial programming (hence the term soap operas); in the 1940s native advertising expanded to include product placement in television shows; and, by the 1980s, it birthed infomercials. The arrival of the internet spawned sponsored ad placement in search results, and the explosion of social media resulted in sponsored stories on newsfeeds. 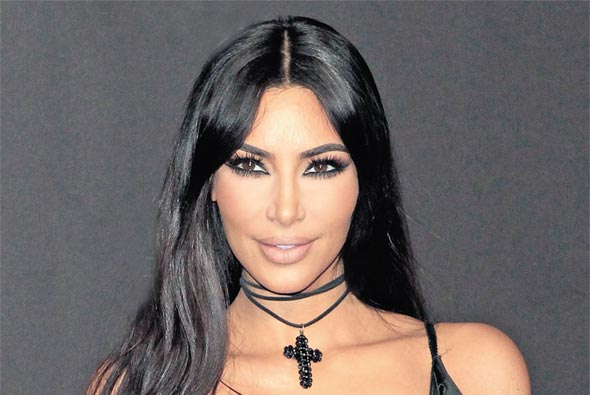 While regulatory bodies in various jurisdictions have begun to clarify that sponsored content is like any other native ad with standard consumer protection principles applying, it is still the Wild West.

For example, while the U.S. Federal Trade Commission (FTC), vested with the responsibility to regulate misleading and deceptive advertising under the 1938 Wheeler-Lea Act, has not done much enforcement in the area of native advertising in general, they have at least promulgated guidelines and provided guidance.

More recently, in an effort to tamp down on the abuse of this social media phenomenon, the FTC sent letters to relevant stakeholders: “influencers should clearly and conspicuously disclose their relationships to brands when promoting or endorsing products through social media” or face the wrath of the FTC’s enforcement arm. In supposedly calling out the aforementioned Kardashian-Jenner clan, among others, the FTC made it clear that if your Instagram post is a paid advertisement, your followers must be aware of it, or else.

As per the FTC and case law—which is deferential to the commission—there are typically at least three necessary elements the must be met to prove illegal advertising deception: there must be an omission or representation that misleads the consumer; that representation is examined from the perspective of the reasonable consumer within the targeted demographic; and, that representation must be material to the decision to purchase a product.

But even with the threat of regulatory enforcement actions for deceptive practices, the FTC’s regulations are honored chiefly in the breach. At best, many influencers hide a suboptimal “ad” hashtag within a jumble of others.

The FTC is also no longer the only U.S. regulatory body involved in this area. The increasing use of Instagram Influencers to hawk wares has recently expanded into the highly regulated medical space.

Moving on from peddling dubious weight loss lollipops, the Kardashians are now pushing drugs and medical devices. Under the U.S. Food and Drug Agency (FDA) regulations, which are even less informed in the area of social media than those of the FTC, pharmaceutical advertisements must include at least a balanced account of the promoted pharmaceutical: both its benefits as well as the potential negative side effects. However, as opposed to television and print ads that, at least visually, include important disclosures and caveats, Instagram posts are unsuitable for that depth of information, nor do they usually include it.

Moreover, a growing number of sponsored content for drugs on social media do not even mention the advertised drug, rather influencers are paid to conduct awareness campaigns for particular diseases. Social media adds a seductive spin to this timeworn weapon in the pharmaceutical advertising arsenal, influencing people to believe that they may have the same medical condition as a beloved celebrity.

Overall, it is clear that much of SponCon is already skirting closely to, if not explicitly crossing over, the line of deceptive advertising. However, in contrast to the downsides of buying detox tea or Calvin Klein products, there are serious consequences to such campaigns in the world of healthcare.

One seemingly insurmountable problem is that neither the FTC nor the FDA has the capability to police the vast expanse of social media for the misstatements and abuses of influencers, nor is it clear that they would actually hold those influencers liable for their missteps, further incentivizing the influencers to push the boundaries of SponCon. To wit: most current cases of false advertising in social media come to the attention of a regulatory agency only by way of consumer complaints. And, once a complaint is filed, under the FDA’s regulatory oversight it is more likely that the drug companies themselves would bear the brunt of any false advertising and not the influencers. Similarly, under the FTC’s oversight, a warning letter might be sent following a complaint. Fines or enforcement actions would only result if those warnings are ignored.

To make matters worse, a newly emerging problem specific to social media is even more disconcerting. In late 2018, news sites began reporting on fake SponCon: wannabe influencers who see sponsored content as a signal of their (potential) influence have started to advertise products without remuneration, in an attempt to fake it until they make it. This unique unholy concoction of unpaid and even perhaps unwanted advertising might shield both the (ignorant) manufacturer as well as the purported influencer from liability, while still duping the consumer. The only silver lining: brands might start lowering their stratospheric payments when they see that they can get free advertising without having to keep up with the Kardashians’ fees.