Analysis: Israeli startups are bracing for a dry spell

TAGS:
The first half of 2020 registered the fewest number of exits by tech firms in H1 in the last six years, revealing the ruinous effect of the coronavirus (Covid-19) pandemic on the Israeli tech sector. According to the IVC research center and Meitar Law Offices Israeli High-Tech Exits Report, published on Wednesday, only 52 deals were recorded in the first half of the year (compared to 77 in H1 2019), totaling $5.82 billion, down from $7.47 Billion during the same period last year. These figures mark a 32% decrease in the number of transactions and a 22% decrease in the total volume. The average value of exit transactions in the first half of 2020 is $112 million, the highest amount for the first half in the last six years. The impressive average value, however, was influenced by three major deals: Checkmarx being acquired for $1.1 billion, Armis for $1.1 billion, and Moovit for $1 billion. The first two deals were completed before the Covid-19 outbreak and the third is a longstanding Intel investment that matured into an acquisition this year. The number of exits, valued at between $100 million and $5 billion, was lower compared to the first half in 2019, with only nine transactions compared to 23 in the first half of 2019. 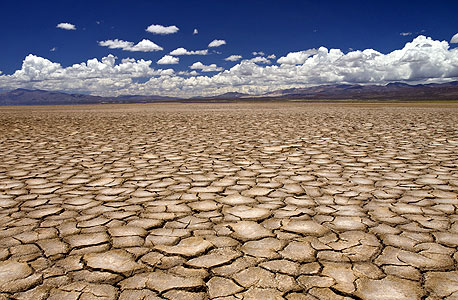 Are Israeli tech companies in for a prolonged ed

One does not need to read too much between the lines to conclude from these figures that the Israeli tech scene is in for a dry spell in mergers and acquisitions (M&As) that may even get worse in the second half of the year.

“This conclusion sits well with the general atmosphere among buyers in light of this crisis that the focus should be on protecting market share and revenues and preserving cash, rather than deploying capital on M&A,” said Shira Azaran, a partner at Meitar Law Firm. “We anticipate that H2/2020 will continue this downtrend in M&As, especially if further waves of the pandemic take place... On the other hand, we have seen a rise in specific sectors that are flourishing and were given an unprecedented ground for accelerated growth during the Covid-19 crisis, such as digital health, fintech and generally digital services. That will hopefully be the basis for M&As in future years. Contrary to the exit activity in Israel, investment activity sends an optimistic message with a record high number and amount of investments…. The strong investment activity, together with the increased availability of capital for deployment, both in domestic and foreign funds, leads us to conclude that this year is expected to be marked as an investors’ year.”

While the Israeli tech sector looks to the West with optimism based on the performance of the stock markets in New York, the upswings there are mostly led by tech giants like Amazon, Tesla, and Facebook. Many companies from more traditional fields are recording declines. This spells fewer potential buyers for Israeli tech companies. If the last two years prepared us to expect surprise acquisitions (such as McDonald's purchase of Dynamic Yield in 2019), the chances that we will see more of these in the near future are pretty slim.

Another point worth noting is that in recent years the valuation of tech companies has soared, making them a slightly dubious prospect for acquisition. Any acquisitions that we will see are likely to reflect valuations corrected by the coronavirus crisis and even the next funding rounds will take these declines into account. To the delight of local tech companies, their capital mostly comes from other sources, specifically venture capital funds, and private equity.

As reported earlier this month, during the first half of 2020 $5.2 billion was raised in 312 investment transactions, the highest amount raised in H1 of the year, in the last six years since measurements began. This works out to an average of $16.8 million per round, compared to $3.76 billion raised in 258 transactions in the first half of 2019, averaging $14.5 million per deal. It is unlikely that we will see particularly sharp declines in this market, especially since venture capital funds have already raised capital which they are obligated to invest within a certain time period.

The companies that may run into difficulties are those that are approaching their first funding round. For several consecutive years we have been witnessing a decline in early-stage investment and VC funds are likely to be even more cautious nowadays. For many of the funds, the emphasis now is on preserving and maintaining existing portfolio companies, based on the assumption that they will find it difficult to bring in new investors in the midst of an ongoing crisis. If it is common practice for venture capital funds to hold aside money for follow-up rounds, that capital may now come at the expense of taking on new wagers. 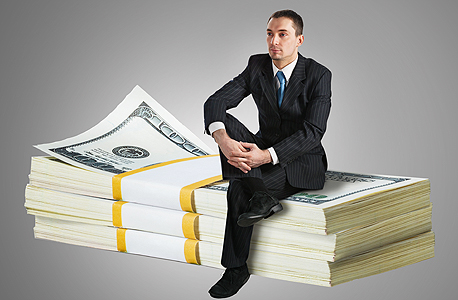 An investor sitting on a pile of cash. Photo: shutterstock

The new figures indicate that the next six months to a year will produce a far different exit scene than we’re used to seeing: on the one hand large technology companies will be able to continue making acquisitions and are likely to look for market opportunities, meaning growth companies that they can buy at bargain prices, saving them tens or hundreds of millions of dollars. Alongside such deals, we may see an increase in small acquisitions within the industry. These will be deals in which a company that has successfully overcome the crisis will perhaps swallow up a competitor that collapsed in a liquidation sale.

Another possible avenue for exits is that of public offerings and there is no doubt that Lemonade’s recent IPO generated some optimism among many in the industry. However, it is important to remember that Lemonade operates in the field of digital insurance, which is very appropriate for these coronavirus days, and secondly, that in order to be ready for an IPO, a company needs at least a year or two of prolonged preparation, and the Israeli companies, which have enjoyed a handsome capital flow for years, have not been preparing.

If there is a silver lining for the Israeli tech sector, it comes from the American private equity funds that manage billions of dollars and many of which entered investments in Israel for the first time this year. Such funds are looking for large investments and may very well be happy to find opportunities in the bustling Israeli market and sign generous checks that will enable growth companies to hold out the crisis. It is even possible that the crisis will lead more private equity funds to execute full acquisitions of companies and not just participate in investment rounds, after all, tech companies may offer a particularly interesting investment channel at this time of global crisis.