Who secured a $166 million deal with the Royal Navy and what is Mobileye deploying next? 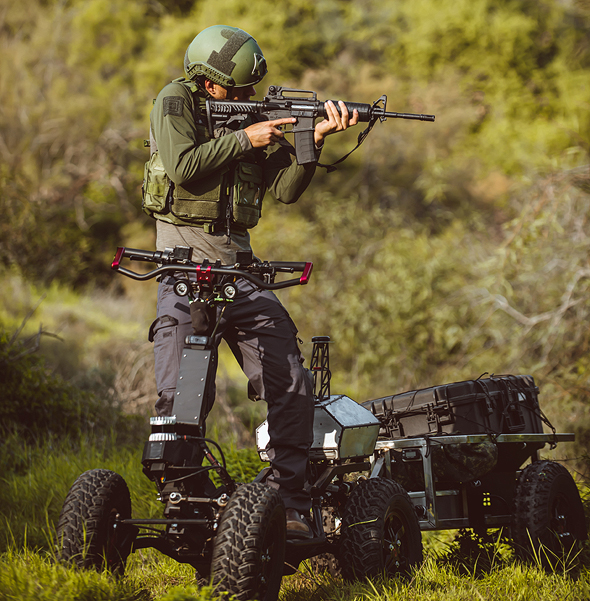 A self-driving electric ATV. Photo: Benny Deutsch
Elbit Systems secures $166 million deal with UK Royal Navy. The contract, that runs over a 12-year period, will see Elbit aid in the transformation and modernization of the shore-based training of the Royal Navy including the establishment of the Future Submarine School. Read more SoftRide partners with EZRaider to marry self-driving tech with electric ATVs. Former Innoviz employees produce kits that can turn practically any vehicle into an autonomous one, using LiDAR sensors. Read more

HR Post Covid | Covid-19 “blurred the lines” between home and work, says Zoomin HR Director. When the pandemic hit, Zoomin had to help its

CES 2021: Mobileye vows to bring autonomous vehicles to ‘everyone, everywhere’. During the annual Consumer Electronics Show, the autonomous vehicle company promises to deploy widespread AVs as early as next year. Read more

One app to rule them all: Israel wants to combine all the ridesharing operators on one platform. From car-sharing to electric scooters and bikes, Transport Ministry calls on all mobility providers to share their data. Read more

As skies prepare to open again, As You Stay helps travelers with their check-in and check-out times. Its app can help travelers save up to 30% on discounts due to hourly, as opposed to daily, rates. Read more

Consumer lending startup Blender going public on Tel Aviv Stock Exchange at $88 million valuation. The Israeli company is not profitable but is planning to expand its services in Europe, as well as set up a loans platform together with Bank Hapoalim. Read more

Analysis | Twitter substitute Parler is just a drop in the ocean of sites where incitement is prevalent. Twitter’s competitor was blocked by Apple, Google, and Amazon, but isn’t the only social media site that is used as an outlet for racist content by the American far-right and they too grew up in Silicon Valley. Read more
Buzz