Choosing an accelerator? This is what startups should look for

Everyone talks about funding, VCs, and exits in the ecosystem of Startup Nation. While much attention has been given to the success of Israel's startups, little attention is given to the communities and networks that help foster their growth - notably, the accelerator programs that support young companies and entrepreneurs.

“Israel is a special country as it is very innovative and therefore accelerator programs are inherent part of the ecosystem,” explained Adi Hoorvitch Lavi, Director of Business Development & Strategic Partnership at Poalim Hi-Tech. “Once you have an ecosystem with a lot of startups, which most of the startups fail, they need support from these accelerator programs... They assist startups in taking entrepreneurship challenges and collaborating with other, large, companies.. .we have so many acceleration programs because we’re such an innovative country.” 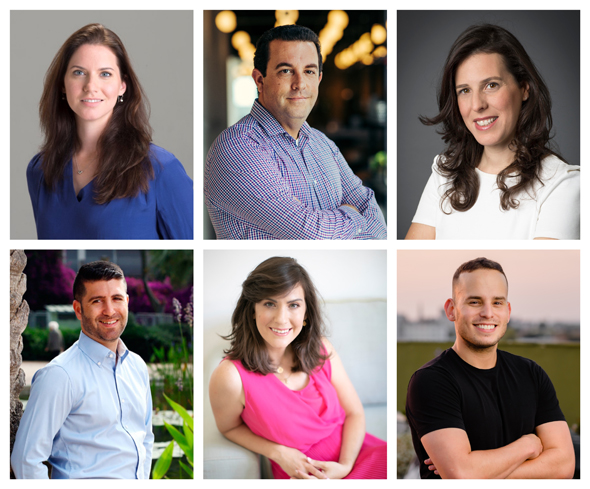 The leadership of some of Israel's accelerator programs. Photo: PR/Nofar Hasson Hendelman/Q Elite Beauty/Isaac Shokal/Yarin Taranos/IDCX
Typically, today’s acceleration programs last between 3-6 months and are an opportunity for a handful of companies to get access to mentorship programs, content, networking opportunities, and business guidance for their growth. In her role at Bank Hapoalim, Hoorvitch Lavi helps with sponsorship opportunities for these accelerator programs that she describes as being “part of what is going on in the ecosystem… It’s our way of knowing all the time which startups are growing, or interesting, and being part of the ecosystem. If you’re not collaborating with accelerators, you’re not part of the ecosystem.” Y Combinator, the first-ever accelerator program, was created in 2005 in Silicon Valley with one main premise: to help first-time startups tell their story in a way to get them in front of - and investment from - VCs. Today, ‘YC’ is one of the most prestigious accelerator programs in the world and has helped companies like Airbnb, DropBox, and Stripe with their growth with support following a $125,000 investment. By 2011, the concept had arrived in Israel and has been fostering the ecosystem here ever since.
Related Stories:

“For us coming to Israel, it was a clear next step,” explained Yonit Serkin, Managing Director at MassChallenge Israel. MassChallenge is a global network of innovators helping solve ‘massive challenges’. While its headquarters are in Boston, the accelerator program set up a base in Israel in 2016. “MassChallenge in Boston had indicated its first foray into global activities would be to Israel not for any Zionist reason… but rather an understanding that really smart, bright technical talent exists here and that being able to connect these two markets was going to be incredibly exciting and powerful in terms of creating jobs for the future.”

MassChallenge Israel accelerates roughly 40-50 companies here each year - and it has nine different programs that operate in cities around the world. While Serkin described the program as “sector agnostic”, they look for early-stage entrepreneurs who can have access to 350 mentors locally and thousands from its international network abroad. MassChallenge was born in Israel after arriving as part of a wider network, but Israel’s oldest and first accelerator program from 2011 came from one of Israel’s most well-known exports - the army’s 8200 Unit. 8200 For Startups by EISP was designed to take ‘the knowledge, the know-how, and the skills of a tech entrepreneur and give them to the entire tech community.’ “Today, there are so many accelerators, you have to make sure you get the right and good smart content,” said Yarden Abarbanel, Managing Director of at 8200 For Startups by EISP. “Because it’s the easiest thing to give bad advice.” Today, the program is in the middle of its 11th cohort focussing on helping companies at the early stage of their journeys. 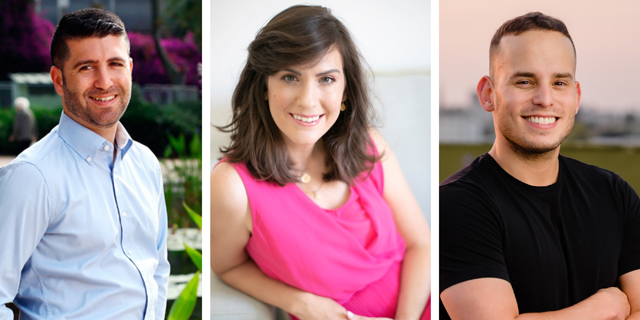 Chen Shmilo from 8200 Impact, Yarden Abarbanel from 8200 EISP, and Guy Katsovich from Fusion LA. Photo: CTech
Since it is associated with the prestigious 8200 army unit of the IDF, participants would choose to join the four-month program because of the connection it has with successful startups before it. Abarbanel admits that “doors are opened” when investors hear that companies operated with those who served in the IDF unit or under the guidance of leading VCs such as Glilot, JVP, Grove Ventures, or even large corporations like Microsoft. “I can go to any CEO in the industry of companies and startups (and say) that one founder is asking to meet because he wants a validation process or he wants to ask about partnerships with his organization,” Abarbanel. “I can tell you 80% say yes - and it’s amazing.” 8200 For Startups by EISP is only one of the accelerators associated with the 8200 Alumni Association. Chen Shmilo manages 8200 Impact, a similar program that focuses specifically on ‘impact tech’, and there is also The Hybrid, an accelerator program designed specifically for Arab entrepreneurs. For 8200 Impact, the emphasis is on companies that tackle significant social or environmental challenges through technology.
Related Stories:

“I think Israel in its nature is a country with a local ecosystem that promotes entrepreneurship,” explained Shmilo when asked what brings such an influx of accelerators to Israel. “It allows people to fail, to fail fast and quick so they can rise up again and do the right thing.” It’s hard enough to get VCs to believe in your product or service, but Shmilo added that impact tech has a unique set of obstacles that make a dedicated accelerator program more necessary than more agnostic ones.

“When you start an impact tech company, you face unique barriers in finding your business model,” he added. “In raising funds of course, (but also) in finding the product-market fit. On top of the boundaries of starting a startup, you need to convince investors you’re going to be a good investment for them, but you also want to stick to your values and create a positive impact on the communities you want to serve. It’s like merging two worlds that don’t necessarily meet in an earlier stage.” 8200 Impact has the IDF brand behind it, but its focus on specific industries can help attract tailored talent who can also enjoy the networking and mentorship programs associated with other programs. There are so many entrepreneur programs now in Israel that one should be looking deeply into what the program offers, and how it can best serve their company’s needs. Entrepreneurs may be looking for different things at different times, hence why accelerator programs that exist may not be the right fit for them. The same, of course, can be said for the programs themselves who also have different Key Performance Indicators. What is it they want at the end of their four or six-month program? Is it a network of mentors, access to VCs, or a fleshed-out plan on how to independently go to market with no added help? 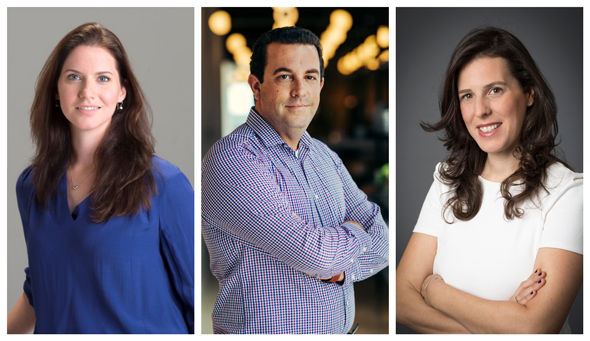 At IDCX, there are five key pillars that are determined as important elements for companies that join its ‘cohort’: product, UX, technology, people, and growth. Since IDCX is made up of three different partners - VC firm AnD Ventures, shared office space MIXER, and Israel’s IDC Herzliya - IDCX doesn’t welcome companies as participants of a program but instead, it immediately views them as companies in a portfolio with the aim to “reach our single KPI for the program which is raising funds.”

“We do not treat the accelerator as a batch or cohort, we tailor-make specific suits for each company,” explained Ariel Cohen, Partner at AnD Ventures and Program Lead of IDCX. “We have an actual VC behind the entire operation with all the processes and methodologies and insights we bring to the table… and we treat them as our portfolio companies from the moment that we sort them and decide which startups will attend.” According to Cohen, the methodologies at IDCX are tried and tested from experience at Google. “At Google, one of our partners established and led, for six years, Google accelerators. He evolved it from being an accelerator into a tailor made structure which is the Studio. So, after the first month where they create a lot of content that’s needed to understand the five pillars, we work with them one-on-one to understand exactly what it is they need. Obviously, all of them are pre-seed, but their immediate need could be different.” The fact is, accelerators can offer entrepreneurs anything from tailor-made intensive classes to broader networks or an investment. While some accelerators like 8200 are non-profit and don’t take equity, Fusion LA will invest $100,000 in 6-9 companies per cohort. And there are two cohorts per year, so this results in roughly 15 companies getting help with first hires, products, customers, and fundraising.
Related Stories:

“Because we take equity in the company, the startups see us as initial partners and co-founders,” explained Guy Katsovich, co-founder and partner at Fusion Labs. “We are no experts. We don’t see ourselves as experts in anything but (we’re) able to connect the dots and hear the founders’ story and know or guess who they should talk to from the industry, whether it’s professionals, investors, or customers, in order to get the right advice or validation about what they’re doing.”

In three years, Fusion LA has invested in 55 companies and 70% of them have raised more than $2 million following their guidance. Whereas some accelerators look for a team or product, Fusion LA searches for “industry agnostic but non-traditional” companies that are doing something unique. “We don’t care about the pedigree but more about their professional attributes,” Katsovich concluded. “We look for people who are fearless and have the attributes of building and running a company from 0-1, and then from 1-10000.” As Israel grows in size and scope, more accelerator programs are appearing to help weather the storm of confusing application processes, overwhelming choices, and intimidating application rates rarely exceeding 10%. In a few short years, a variety of options have become available, and yet it can still be hard to distinguish between each cohort and community from one another. As time goes on, these networks and communities will surely expand, intertwine, and consolidate into a network of supported entrepreneurs for the future, something that sponsors like Poalim Hi-Tech can help with. “At the end, people want to know why they should go to an accelerator and which ones they should choose,” concluded Bank Hapoalim’s Hoovitch Lavi. “That’s why we collaborate. I can personally say I love working with early-stage startups and helping their passion come to life. For us, it’s something we hold dear.”