What is Facebook developing in Tel Aviv and who is leasing Herons from the IAI? 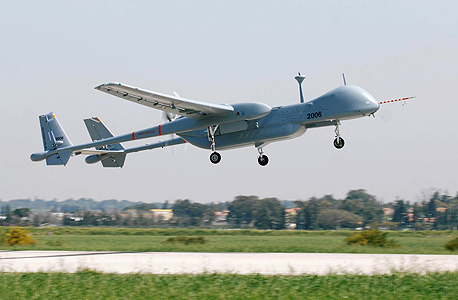 Rafael develops new navigation system that is immune to GPS jamming. The new system, to be used when satellite communications are down, relies on 3D imaging analysis originally developed for guided missiles. Read more

Israeli company Sound Radix wins Engineering Emmys. The company won the popular tech competition with a technology it developed that helped improve the sound of actors and actresses that are moving on stage. CEO Nir Averbuch: “This prize is a mark of victory for us all."

Google launches the second cohort of “Gaming Growth Lab” acceleration program. In January 2021 Startup Growth Lab will open the fourth cycle of the program to which startups from all sectors can be admitted. Read more

Survey: 90% of companies say their operational technology networks were hacked. Bynet to cooperate with Fortinet and Radiflow on cyber solution amid increased threats. Read more

In a surprise move, the digital bank joins the Association of Banks in Israel. The association can help save the Digital Bank legal expenses, but will it harm its attempts to stand out from the crowd? Read more

Appointments | Intel Ignite appoints Ranny Nachmias as the new Managing Director of the Tel Aviv program. The news comes alongside an expansion to Munich, Germany, and Austin, Texas, and the announcement of its third cohort. Read more