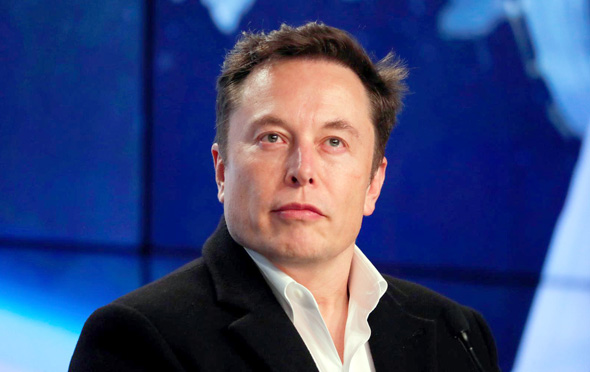 Tesla CEO Elon Musk. Photo: Reuters
The bio-hacker from the garage next door. Dogs that glow in the dark and people who mess with their own genetic code: an Israeli filmmaker went on a journey to visit people who rewrite DNA using technology they ordered online with a few hundred dollars. Read more Analysis | Apax is Verint’s white knight. As part of Verint’s separation into two companies, Apax will make an initial minority investment of $200 million, followed by another $200 million infused into the customer engagement entity when the split is complete. Lack of growth and low profitability led Verint’s shareholders to push for a separation. Read more Opinion | Your smart TV is watching you. Question is—who for. Many current models of smart TVs include cameras and microphones to boot. Combined with an insecure internet connection, these devices are becoming an increasingly worrying privacy concern. Read more

Facetune developer Lightricks to open R&D center in Haifa. In July, the company announced it had raised a $135 million funding round according to a $1 billion company valuation. Read more

On target | HR tech: can AI recruitment lead to a more diverse workspace? The AI that helps companies recruit talent is burdened by the same biases as the humans that trained it. Read more

For Yango, B2B ride service could be the way to a greater market share in Israel. Launched in Israel one year ago, Yango, the taxi-hailing service operated by Russian multinational tech company Yandex, has been tailing local market leader Gett. Read more

List | When life gives you trash, use, use again. From dirty diapers to wine residue, below are six Israeli startups developing innovative uses for both industrial and home waste. Read more Columbia University, Tel Aviv University partner to offer dual degree program. As part of the program, students will spend their first two years at Tel Aviv University and their third and fourth year attending Columbia’s School of General Studies, where they will study one of Columbia’s liberal arts majors. Read more Beach, please! Real estate development and pollution are two of the reasons Israel’s beaches are becoming too crowded, with an average of 2 centimeters of beach per person, down from 31 centimeters 70 years ago. Read more
Buzz