TAGS:
Israeli digital health startups raised $662 million across 69 deals in 2019, according to data provided by Tel Aviv-based non-profit organization Start-Up Nation Central (SNC). While the data may be still be subject to change by the end of the year, the current numbers represent a 32% increase year-over-year in total funding raised. Digital health is a sector that is prospering globally, as the healthcare industry shifts towards a more personalized approach and giants like Apple and Google make inroads into related industries, such as the $2.1 billion November acquisition of FitBit by the latter. In Israel, the government pledged in early 2018 hundreds of millions of dollars to support the local digital health industry. Israel is in a unique position globally, as all Israeli citizens are required by law to be members of one of the country’s four health maintenance organizations, which function as both service providers and health insurers. The country, therefore, has almost three decades of accumulated healthcare system data, 98% of which is digitized. 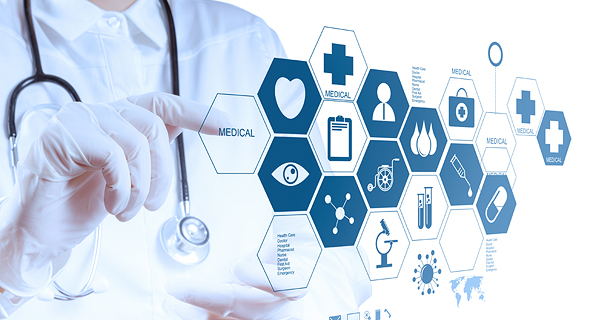 Digital healthcare (illustration). Photo: Shutterstock
The number of digital health companies operating in Israel reached 580 in 2019, more than doubling since 2011, according to SNC. The data shows that 26% of companies operate in the digital therapeutics sector, 20% in remote monitoring, 17% in decision making, 15% in clinical workflow, 12% in diagnostics, 6% in patient engagement, 5% in assistive devices. Forty percent of companies rely on artificial intelligence for their technology.   2019 saw the trend of later stage rounds continue, with the median round size being $7 million. The data shows that 24% of the investments were made in the decision support subsector, 23.2% in remote monitoring, 19.7% in diagnostics, 13.8% in digital therapeutics, 13.2% in clinical workflow, and 6% in patient engagement. Five companies raised over $30 million in a single round: Healthy.io Ltd., which raised a $60 million C round; Viz.ai Inc., which raised a $50 million B round; EarlySense Ltd., which raised $39 million; Theranica Ltd., which raised a $35 million B round; and DayTwo Ltd., which raised a $31 million B round.

The subsector breakdown according to number of companies and number of investments has been updated in this article.