Which app will pay you for your steps and who is driving the cashless payments revolution?

TAGS:
Innovating for the largest brewery in the world: Israel’s WeissBeerger serving millions of customers under the radar. WeissBeerger became the big data, analytics, and innovation arm of Anheuser-Busch InBev after being acquired in 2018 and is helping lead the development of its BEES B2B digital ordering platform. Read more

Ready to Rumble? Israeli health app pays you for your steps. With Rumble, every step can be converted into tokens with purchasing power in real stores and communities. Read more 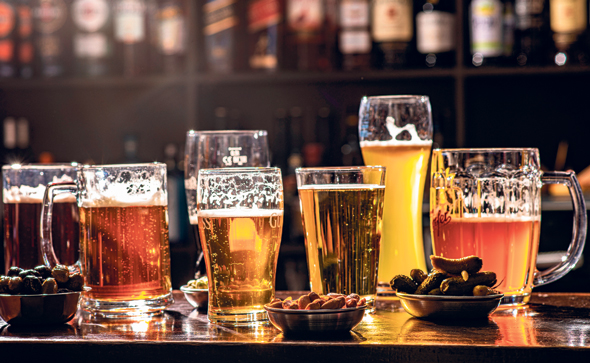 Microsoft announces second cycle of AI For Good Accelerator Program. 15 AI companies have been selected across the fields of health, sustainability, and accessibility. Read more

Road2 established as new innovation hub in Haifa for AI-based entrepreneurship. The hub was established through a collaboration between MATI Haifa, NVIDIA, and the Israel Innovation Authority. Read more

Trigo partners with REWE Group to provide grab-and-go shopping experience. Shoppers will be able to walk into a store, select their items, and simply walk out - without having to wait at a checkout lane or scan any items. Read more

Singer Omer Adam partnering with Europe-Israel Group and Swiss fund Lian Group to build $120 million underground data center. The group has purchased land in the northern city of Afula for $24.5 million, with construction to get underway at the end of the year. Read more   Israel’s next challenge: filling the talent void. As Israel battles how to attract more talent for the roles that need filling, Aman Group’s Ben Pasternak has some ideas on who can help. Read more The Ten Commandments for a successful startup - 2021 Retake
Recently Read