As one of the major industries propelling the Israeli economy, the Fintech sector has been instrumental in maintaining the Startup Nation’s role as an innovation hub

TAGS:
The rise of the global Fintech sector and Israel’s role as a major player in the field has never been more apparent. Although the industry has been thriving for the last decade, the last few years in particular, have seen Israel’s Fintech industry grow making it a leading hub for companies around the world.

Fintech is the industry that relates to any of the following sectors: payments and money transfer, big data, risk management, trading and investing, anti-fraud, and security. Each year, companies collect more data, and products and services become more digitized, making it easier than ever before to innovate traditional sectors like banking and bring them into the 21st century. 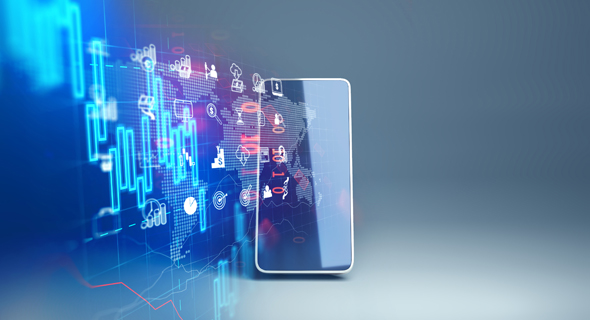 Fintech opens every smartphone to a world of financial opportunity. Photo Shutterstock

In 2019 alone, Israel’s Fintech sector raised $1.8 billion in equity, representing a 100% increase from 2018 and jumping to 5% of the world’s total venture investments in Fintech - compared to only1.7% the year before. Last year, Israel was ranked fifth for global investments following powerhouses such as The U.S, China, India, and the U.K.

Today, Israel is the home of more than 529 startups dedicated to the Fintech space, according to Startup Nation Central, a site dedicated to tracking the Israeli tech ecosystem. In total, Israeli companies have raised more than $3 billion in funding from VCs around the world. Some of the biggest players in the space include Payoneer, Fundbox, and Riskified who have reached historic levels of funding and valuation due to their impact on the rest of the world. Each company has helped transform their own sectors; like Payoneer which helps people transfer money overseas, Fundbox that uses big data to optimize cash flow for small businesses, or Riskified that uses technology that relies on behavioral analysis to detect and prevent fraud.

Most recently, Insurtech startup Lemonade Inc. went public on the New York Stock Exchange and reached a value of $4.3 billion - making it one of Israel’s newest Unicorns. It was founded in 2015 and acts as an insurance agent that uses AI and behavioral science to provide homeowners and renters with policies that are shaped around social good.

The banking system in Israel has caught on to some of the potential that Fintech offers. For example, Bank Hapoalim, who joined the Microsoft Ventures Accelerator, opening up its access to innovation and opportunity on a global scale. MasterCard’s recent announcement that it will open a Fintech and cyber hub in the Israeli city of Be’er Sheva only highlights the global interest in Israel as an ecosystem suited for digital services. There has been no better time for public services to join forces with private companies in the Fintech space, particularly since the coronavirus (Covid-19) pandemic has forced businesses to conduct their global operations online and with digital services.

The pandemic may have introduced unique challenges to the Fintech industry, and indeed the world, but there might have been a silver lining for companies in the digital space. As employees were sent to work from home, more emphasis was placed on Fintech solutions that facilitate remote working, such as anti-fraud, enterprise solutions, or payments and online money transfers.

Of course, none of this would be possible without some of the entrepreneurial spirits that are fostered in the community. Leaders such as Lemonade’s Shai Wininger, Credorax’s Igal Rotem, and Daniel Tsiddon from Viola Ventures help contribute to a network of industry experts. A trend among some of the fintech companies in Israel is how they are not their founder’s first success story. For example, Payoneer’s Yuval Tal founded the company only after finding success in Borderfree, a global e-commerce solution acquired by Pitney Bowes or Winninger who before founding Lemonade saw huge success in Fiverr.

At a time when the wheels of capital have to move as frictionlessly as possible to help overcome the obstacles of an increasingly distanced world, Israel’s Fintech ecosystem can help lead the way to increased innovation in one of the world’s most conservative sectors.