Why were we lucky with Covid-19 mutations and how does bootstrapping foster stability and efficiency?

CTech Daily Roundup: “We aim to be the largest gaming company in the world,” says Playtika CEO

TAGS:
“We aim to be the largest gaming company in the world,” says Playtika CEO. Robert Antokol, co-founder and CEO of Israeli-based mobile gaming company Playtika, which was listed on the NYSE on Friday, has big plans for his company. Read more Top tech CEOs demand Israeli government stop dollar depreciation against the shekel. “Israel is about to lose a leading growth engine due to the apathy and indifference of the government of Israel and its economic establishments,” wrote executives and entrepreneurs from the likes of IronSource, SimilarWeb and AppsFlyer. Read more 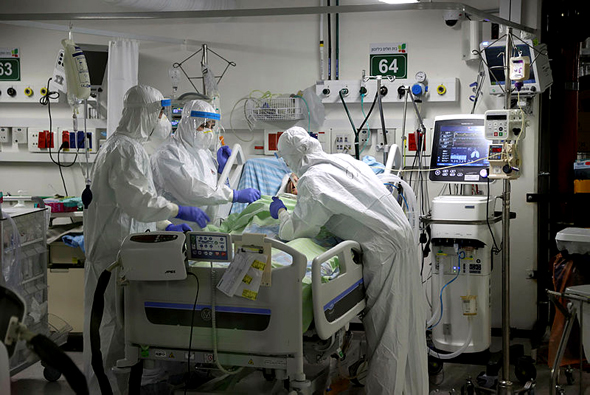 Analysis | While 2020 was good for the gaming industry, the rules of the game are changing. The gaming industry may have gotten a boost from the pandemic but the risks are still the same: growing competition, a fickle audience, and new threats from Apple. Read more

Opinion | Trump’s social media silencing proves that market caps, not national borders, are what makes a superpower. The Capitol Hill riots reminded the tech giants of their responsibility to democratic values. It’s too bad that that’s what it took. Read more  Interview | For JoyTunes, if music be the food of lockdowns, play on. When entire households were sent into lockdown due to Covid-19, JoyTunes saw an explosion in downloads for their music learning apps for the whole family. Read more

Israelis should tread lightly between the US and China trade war. As trade wars between the two countries show no sign of slowing down, Amiti Ventures’ Managing Partner and Founder Ben Rabinowitz urges Israel to lean into America. Read more  Opinion | Worrying precedents being set by social media sanctions on Trump. In contrast to government interventions that limit speech, companies have the opportunity to be opaque, and provide no opportunity to appeal, which, given their pervasive cultural heft in our society, is a bit problematic, regardless of the law. Read more

“A coalition of hate”: The online extremists that are testing Big Tech. Hate speech has been bubbling on social media and the internet for decades - but it all came to a climax this month at the heart of America’s democracy. Read more

HR Post Covid | Hibob already had all the tools it needed to tackle Covid-19. HR efforts were tested everywhere during Covid-19, but Hibob had the advantage of relying on its own HRIS platform to make it easier. Read more

Interview | “We’re lucky that the mutations only affected the rate of infection, they could have created a far more violent virus.” Prof. Ron Diskin, an expert on deadly viruses, isn’t worried that the new Covid-19 vaccine will lose its effectiveness but is concerned about millennials’ cavalier attitude toward the disease. Read more

Opinion | Bootstrapping is a means to an end. It’s a way to help founders find the right investors for their company, argues Gal Oron, CEO of Zoomin. Read more