Who are the newest members of the Israeli unicorn club and which mobile game generated $2 billion?

CTech Daily Roundup: ForeBio is on its way to Nasdaq at a $500 million valuation

TAGS:
Three young cyber companies are about to join Israel’s stable of unicorns. The oldest of the companies eyeing a billion-dollar valuation has been around for less than three years. Read more

Axonious raises $100 million at a $1.2 billion valuation. U.S.-based Stripes led the round together with existing Israeli and American backers. Read more 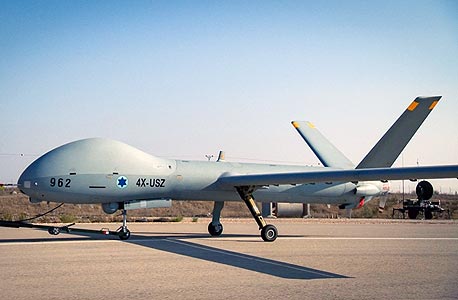 The Hermes 900. Photo: Elbit
Women's Day 2021 | Women: Say yes to your place at the table! In a world in which women's voices are not heard as much as men’s, it is time to turn up the volume and put women at the center of the stage. Read more HR Post Covid | MeMed’s Leadership classes came in handy during Covid-19. During the pandemic, managers were faced with unprecedented new challenges. The Biotech company decided to do something about it. Read more  ForeBio is on its way to Nasdaq at a $500 million valuation. The company aims to raise $100 million in an April IPO, while Pontifax and OrbiMed who previously invested $21 million for a 12.5% stake in ForeBio’s shares are expected to make a $120 million profit. Read more

Elbit Systems scores major deal to sell Hermes 900 UAVs to East-Asian country. Elbit beat out Israeli rival IAI, which will reportedly have to settle for a smaller order from the Indian air force. Read more

Interview | “Everyone’s flocking to our game, but without restaurants and cruises our value is declining.” Playstudios offers a drastically different gaming platform that grants players prizes, perks, and tickets to Las Vegas, but that is all declining due to pandemic travel restrictions. Read more

Phishing attacks in Europe soared 718% in 2020, according to Allot. The network intelligence and security solutions company cited Covid-19 as a leading cause for the sharp increase. Read more

Opinion | The ugly side of the tech cash splash. The big money being thrown at early-stage companies can often sidetrack entrepreneurs.